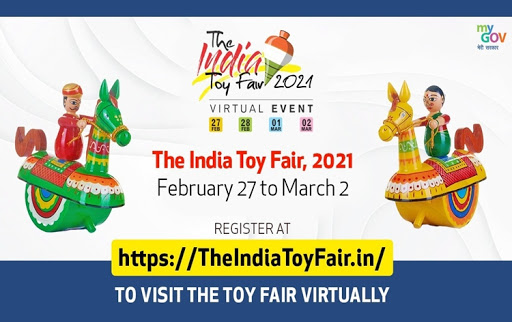 Rajya Sabha today reconvened to discuss further on the Motion of thanks on the President’s address to the joint sitting of both the Houses of the Parliament.

Participating in the discussion Mr. Tomar said that despite holding a series of threadbare level talks with the farmer unions, none of the unions came up with the provisions which they think are contentious.

Mr. Tomar said the farm laws allow farmers to sell their produce even outside the APMC Mandis. He added that in the open market the farmers are not required to pay the tax levied in the Mandis.

The minister stressed that it is only because of the misguidance perpetrated by few that instead of protesting against the tax system in the Mandis, the farmers of certain states are agitating against the new laws.

Responding to multiple queries of the opposition members regarding contract farming in the farm acts, the minister emphatically asserted that in order to protect the interests of the farmers the provisions of the new laws allow farmers to move out of the contract anytime.

Mr. Tomar said the government is committed towards the goal of doubling farmers’ income and the new farm laws are an instrument to achieve the same.

Agriculture Minister said that the Country showed exemplary discipline during COVID induced lockdown in the country. He said, the decisions taken by Prime Minister Narendra Modi and their strict adherence by the citizens is praiseworthy which resulted in achieving a healthy recovery rate of patients.

Mr. Tomar added that the country witnessed complete turnaround in its capacity to manufacture PPE kits putting it in a spot that it could even export it to other countries. He said, India has started a vaccination drive against covid along with extending helping hands to other countries as well.

Mr. Tomar said, Prime Minister Narendra Modi has always advocated for making Village Panchayats financially strong. He informed that about 2 lakh 80 thousand crore rupees will be spent through the village panchayats in the country to make them financially viable and growth oriented. He said, the SWAMITVA scheme, which was implanted on pioneer basis in 6 states has now been extended to all states.

Lauding the revamping of MGNREGA scheme under the NDA government, Mr. Tomar asserted that unlike the handling of the scheme under UPA regime, the government has ensured that work done under MGNREGA adds viable infrastructure in the country.

The Minister said, the Self Help Groups in rural India have been empowered financially to reinvigorate developmental efforts in villages. Highlighting the achievements of the Pradhan Mantri Awas Yojna – Grameen , Mr. Tomar said that the government has taken significant efforts towards easing of life in rural India.

The Agriculture Minister informed that about 1 lakh 15 thousand crore rupees have been sent directly into the accounts of the farmers in the country under the PM-KISAN yojana.

Mr. Tomar said, the government provided 1 lakh crore rupees for creation and upscaling of Agriculture Infrastructure in the country. He added that the 100 Kisan Rails started by the Centre has also helped farmers to reach out to bigger and profitable markets.

Participating in the discussion BJP MP Dr. Vinay Sahasrabuddhe said people are experiencing democracy of aspirations under the current government. Underscoring the several rounds of talks between the government and the farmer unions, he said the government is still open for discussions with the farmers on the issue of farm laws to root out the differences.

Highlighting a series of reforms under the leadership of Prime Minister Narendra Modi, Dr. Sahasrabuddhe said the centre has devolved powers to states and district authorities in order to ease accessibility of developmental funds. He said Centre is working with the vision of Sabka Saath Sabka Vikas and Sabka Vishwas and that has led the country to move on from discovery of India to self realisation of India.

The opposition leaders continued with their demand to withdraw the farm Laws even on the third day of the discussion on the motion on the Presidential address.

Terming the passing of the bills in the House as unconstitutional, Congress MP Anand Sharma demanded immediate withdrawal of the farm laws. He said the bill was never sent to a standing committee for wider discussions. Mr. Sharma asked the government to remove the road barriers at protesting sites requesting the government not to treat the matter as a prestige issue. He also urged that the matters of constitutionality pending in the Supreme Court must be decided without much delay.

Another Congress MP Pratap Singh Bajwa raised questions as to why the farm bills were rushed in through the ordinance route. He alleged that the laws were brought in to benefit a handful of private companies. Mr. Bajwa demanded an inquiry into the violent episode at the Red Fort on the 26th of last month under the chairmanship of a sitting Supreme Court judge. Congress leader Mallikarjun Kharge also echoed his party’s thoughts on the issue.

Taking part in the discussion NCP leader Praful Patel lauded the joint efforts of the centre and states in the fight against covid pandemic. He however asked the centre to withdraw the three farm laws. Mr. Patel attacked the centre for drawing parallel between the provisions of the contentious farm legislations and the draft bill circulated by NCP leader and erstwhile Agriculture Minister in the UPA regime Sharad Pawar.

Shiv Sena MP Sanjay Raut raised the issue of implication of notable leaders and journalists under sedition charges. Demanding roll back of the farm laws, he asked the centre to work out an amicable resolution to the current impasse.

Satish Chandra Mishra of Bahujan Samaj Party proposed that the centre should put the farm laws on hold for three years. Meanwhile, he said a resolution to the impasse can be worked out through broader discussion. Mr. Mishra condemned the violence at the Red Fort on the occasion of the 72nd Republic Day this year.

CPI member Binoy Viswam demanded that the three farm laws be repealed. Sardar Sukhdev Singh Dhindsa of the Shiromani Akali Dal asked for a scientific basis for calculation of MSP. He asked the government to roll back the farm laws. The discussion is underway in the Upper House.