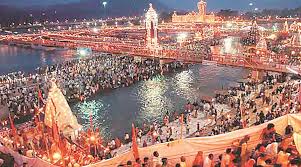 In a series of tweets, Defence Minister Rajnath Singh said this deal will be a game changer for self reliance in the Indian defence manufacturing. He said the LCA-Tejas is going to be the backbone of the Indian Air Forces fighter fleet in the years to come. He added that LCA-Tejas incorporates a large number of new technologies many of which were hitherto unattempted in India.

The Defence Minister said the LCA-Tejas programme would act as a catalyst for transforming the Indian aerospace manufacturing ecosystem into a vibrant Atma Nirbhar or a self-sustaining ecosystem. Under the Atmanirbhar Bharat Abhiyaan, India is continuously growing in its power to indigenously design, develop and manufacture advanced cutting edge technologies and systems in the Defence Sector.

The manufacturing of Light Combat Aircraft by HAL will give a further push to Atmanirbhar Bharat initiative and boost indigenisation of defence production and the defence industry in the country. About 500 Indian companies including MSMEs in the design and manufacturing sectors will be working with HAL in this procuremen

Indian Army officer develops ‘microcopter’ for tracking terrorists inside buildings
Health Ministry says, there is no question of discrimination against any State in allocation of COVID vaccine doses
Comment