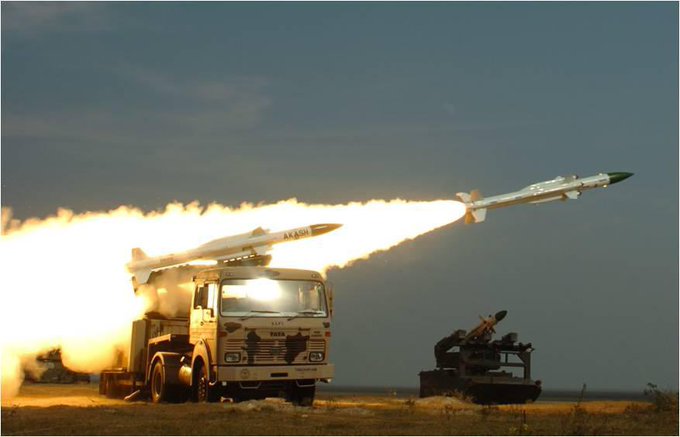 The government has approved the export of the indigenous Akash missile system. Defence Minister Rajnath Singh has welcomed the move and said it will help India increase its revenue from defence export. Mr Singh said,  under the AtmaNirbhar Bharat, India is growing in its capabilities of manufacturing wide variety of Defence platforms and missiles.

The Cabinet chaired by Prime Minister today approved the export of Akash Missile System and a Committee for faster Approvals has been created. Mr Singh said the Akash missile system is an important defence asset for the country with over 96 per cent indigenization. He also noted that the Akash is a surface-to-air missile with a range of 25 kilometres.

Developed by DRDO, it is India’s first indigenously designed missile system and can target fighter jets, cruise missiles, drones and other aerial assets.
Mr Singh said, the export version of Akash will be different from System currently deployed with Indian Armed Forces.