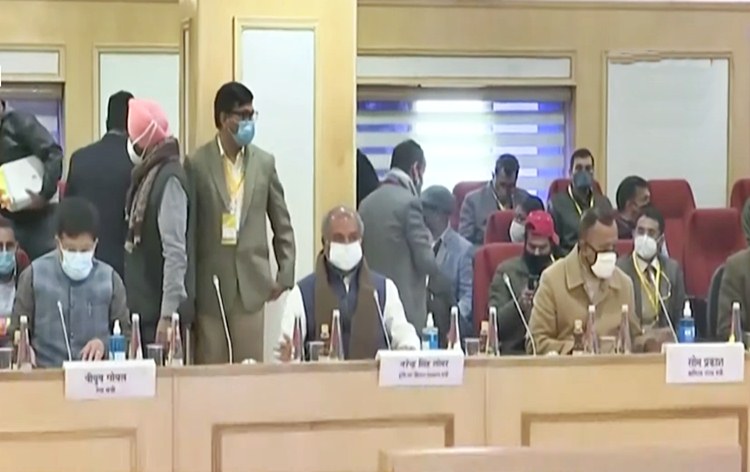 Speaking after the meeting, Agriculture Minister Narendra Singh Tomar said, the talks were held in a very good environment and it concluded on a positive note. Mr Tomar assured the Farmers leaders that government is committed to solving their problems and both sides need to take steps forward to arrive at an amicable solution. He said, consensus on two out of four issues was reached during the meeting. Mr Tomar said, the first issue was an ordinance related to the Environment and the second was on Electricity Act.