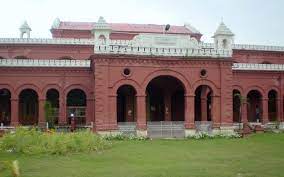 The college is located in the heart of Jammu city.

Sources in the Higher Education Department said that the College will be preserved as an asset of Jammu and Kashmir, adding, “Rs 5.87 crores will be spent to preserve this historic building.”

The building will be designed and preserved in a manner that it should not get affected by the jolts of earthquakes while the photographs of buildings have to be clicked before and after preservation.

Once known as ‘Prince of Wales’, the GGM Science College was established in 1905.

Prior to independence, the college was accredited with the Punjab University of Lahore.

“The entrance of the College was reconstructed two years back on the original format and about Rs 22 lakhs was spent on it,” they added.

There are some major departments in the College premises which are not less than a heritage comprising the Geology Department, which has years’ old rare items, historic library and other departments.

“The government has given consent to spend money for the preservation of the heritage building and the work is to be done by JKPCC for which they have engaged into e-tendering exercise,” Ravinder Tickoo, Principal, GGM Science College said.

He said that presently in view of COVID pandemic, the work has got delayed briefly but will begin soon.

“No major preservation work was carried out of this building since its construction,” said the Principal, adding that in 2020, administrative approval was given and as there are so many technologies to cope up but work will soon get started.