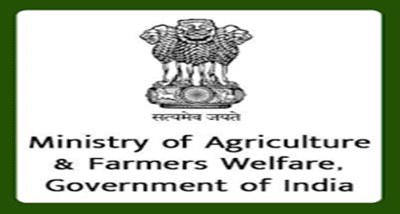 In the ongoing Kharif Marketing Season, Government continues to procure Kharif crops at its Minimum Support Price from farmers as per its existing MSP Schemes. Paddy procurement for Kharif 2020-21 is continuing smoothly in the procuring States and UTs of Punjab, Haryana, Uttar Pradesh, Telangana, Uttarakhand, Tamil Nadu, Chandigarh, Jammu & Kashmir, Kerala, Gujarat and Andhra Pradesh with purchase of over 278 Lakh Metric Tonnes of paddy against the last year corresponding purchase of over 226 Lakh Metric Tonnes showing an increase of 22.89 per cent. Out of the total purchase, Punjab alone has contributed 194.63 Lakh Metric Tonnes which is 69.91 per cent of total procurement.

Nearly 24 Lakh farmers have already benefited from the ongoing Kharif procurement Operations with MSP value of over 52 thousand 5 hundred 57 Crore rupees. Based on the proposal from the States, approval was accorded for procurement of over 45 Lakh Metric Tonnes of Pulse and Oilseeds of Kharif Marketing Season 2020 for the States of Tamil Nadu, Karnataka, Maharashtra, Telangana, Gujarat, Haryana, Uttar Pradesh, Odisha, Rajasthan and Andhra Pradesh under Price Support Scheme. Sanction for procurement of 1.23 Lakh Metric Tonnes of Copra for the States of Andhra Pradesh, Karnataka, Tamil Nadu and Kerala was also given.

Till yesterday, the Government through its Nodal Agencies has procured 58 thousand 1 hundred 91 Metric Tonnes of Moong, Urad, Groundnut Pods and Soyabean having MSP value of over 312 Crore rupees benefitting nearly 34 thousand farmers in Tamil Nadu, Maharashtra, Gujarat, Haryana and Rajasthan. Last year it was over 21 thousand 4 hundred one Metric Tonnes which is an increase of 171.91 per cent. 5 thousand 89 Metric Tonnes of copra the perennial crop having MSP value of over 52 crore rupees has been procured benefitting 3961 farmers in Karnataka and Tamil Nadu upto yesterday as against the last year corresponding purchase of over 293 Metric Tonnes.

In respect of Copra and Urad, rates are ruling above MSP in most of the major producing States. The State Governments are making necessary arrangements for commencement of procurement from the date as decided by the States based on the arrivals in respect of Kharif Pulses and Oilseeds. Procurement operations of seed cotton Kapas under MSP are going on smoothly in the States of Punjab, Haryana, Rajasthan Madhya Pradesh, Telangana, Andhra Pradesh, Maharashtra and Gujarat. 14 lakh 65 thousand 8 hundred 47 cotton bales valuing over 4 thousand 1 hundred 87 Crore rupees has been procured benefitting 2 lakh 86 thousand 547 farmers.

BJP’s Tejasvi Surya appeals to Delhi CM to provide electricity connection to migrants from Pak settled in Delhi
Nitish Kumar to be CM of Bihar for 7th time; Newly-elected MLAs of NDA elect him as their leader in Patna
Comment