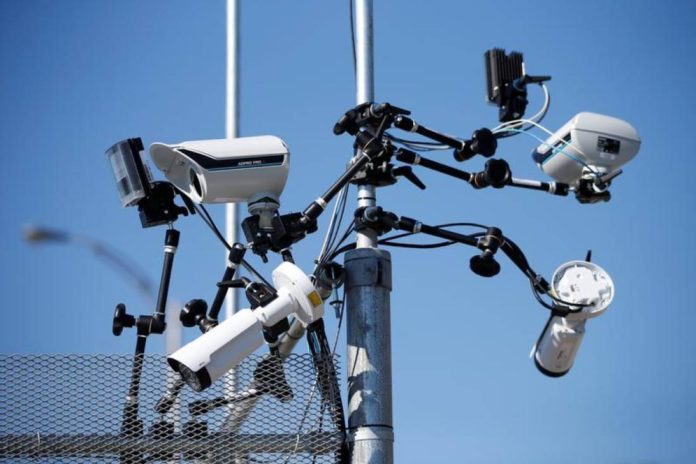 NEW YORK: When Fabian Rogers first heard that his landlord wanted to install facial recognition cameras at the entrance of his New York City building, the recent university graduate was suspicious.

His flat was affordable because it was rent-stabilized by law, he said, but back in 2018 landlords could raise rents when tenants vacated – a legislation loophole that was closed last year after tenants’ groups said it incentivized evictions.

“This is a building of mostly older Black women, who didn’t exactly ask for this technology,” he told the Thomson Reuters Foundation. “So, our first thought was: Is this some way to expedite the process of flushing tenants out?”

Encompassing everything from security systems to tenant-screening algorithms to digital rental platforms, the industry known as “proptech” – the merger of the real estate and tech spheres – is booming.

Global investments tripled to $14 billion from the first half of 2018 to the beginning of 2019, according to proptech data provider CREtech.

According to Fabian Braesemann, a research fellow for the Future of Real Estate Initiative at the University of Oxford, proptech promises to be for real estate what Uber is to taxis: a slicker, easier way of doing business.

“There’s a reason people choose Uber over a local cab, an Airbnb over a hotel room. Proptech, too, can open up a whole new world of experiences,” he said.

“I’m worried about how property rights evolve in this new age, where owning someone’s data is part of managing property (and) access to this data can facilitate evictions and gentrification,” said Erin McElroy, a postdoctoral researcher at New York University’s AI Now Institute.

Those same worries drove Rogers and his neighbors to organize and block the installation of the cameras in their building in New York – which they were told by the landlord had been intended to boost security.

A spokesman for the landlord, Nelson Management Group, said the company withdrew its plan to install the cameras in November 2019.

Historically, the real estate industry has been conservative and slow to adopt new technology, said Braesemann.

But in recent years, that has begun to change, with an explosion of tools and platforms developed in other sectors – like facial recognition and machine learning – being applied to real estate.

For Campkin, the technology is about “seeking out a competitive advantage, becoming more efficient, providing a better user experience.”

Proptech entrepreneur Ari Teman said he understands worries that landlords could use the innovations to help them displace long-term, low-income residents and replace them with wealthier tenants.

He has founded a number of proptech companies, including GateGuard, which lets users unlock their doors using facial scans, and SubletSpy, a tool that combines artificial intelligence and image recognition to tell landlords if their tenants are subletting.

Teman, who is currently awaiting sentencing for charges of wire and bank fraud – which he strongly disputes – said he hopes the tools he sells are used to improve tenants’ experiences, by upgrading their amenities and rooting out disruptive or illegal activity.

Technology to monitor an entryway, for example, can be useful, he explained: “If people are coming and going too much, maybe it’s a drug den.”

Concerns over certain kinds of proptech may be especially acute for racial and ethnic minorities, says Salmun Kazerounian, a staff attorney at the Connecticut Fair Housing Center.

Between 2012 and 2016, Black renters faced eviction filings by landlords at nearly twice the rate of white renters, according to an analysis of national data by the American Civil Liberties Union.

Kazerounian is currently locked in litigation with CoreLogic, a company that runs background checks on prospective tenants for landlords by searching criminal records nationwide.

His client, a disabled Latino man, was barred from moving in with his mother in 2016 after CoreLogic’s background check system flagged a “disqualifying record”.

The man was never told what that was, but before the accident that left him disabled he had been arrested on a minor theft charge.

“An algorithm that screens based on criminal history will have a racially disparate impact,” Kazerounian said.

African Americans and Latinos make up 30% of the general U.S. population, but comprise nearly 60% of the country’s prison population, according to government statistics.

CoreLogic did not respond to a request for comment, but in court documents the company argued that it should not be held liable for discrimination, since it merely provides information to landlords and makes no decisions on tenancy.

Proptech firms do not just focus on tenants – a growing number of companies specialize in analyzing complex data to help investors decide which properties to buy and how to manage them.

One London-based startup, Proportunity, uses machine learning to predict when property prices might rise by analyzing government statistics on drug residue in an area’s sewage.

The company says a dip in the presence of crack cocaine signals an area may soon gentrify and be ripe for investment.

Mashvisor, based in San Francisco, runs property records, rental prices, occupancy statistics and other data streams through its algorithm to identify properties for investors to buy and convert into short-term rentals.

“Everyday people are competing against hundreds of millions in venture capital and tech industry money,” he said.

Smooke applauds a proposed San Francisco law that would put limits on “intermediate length occupancy” units, furnished units that tenants rent for a few months at a time.

That type of rental arrangement has become much easier – and increasingly popular – thanks to proptech platforms, he noted.

But the profitable practice incentivizes investors to convert buildings away from affordable housing, Smooke said.

To document the impact that proptech can have on tenants, McElroy and AI Now, in collaboration with other tenants rights advocates, recently launched a project for people to report when the technology arrives in their buildings and neighborhoods.

The site, which is called Crowdsourcing Landlord Tech Deployment, invites people to report instances of proptech being deployed to “increase the power of landlords and further disempower tenants and those seeking shelter.”

“A lot of these platforms are part of the gentrification circuit and can directly cause folks to be forced out of their homes,” McElroy said.