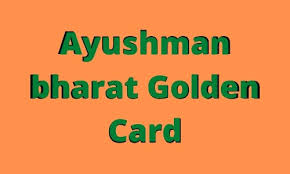 SRINAGAR: Several patients from the Kashmir division has alleged that the golden card issued to them are not being accepted at major private hospitals, making them suffer on a daily basis.

An employee of Khyber Hospital, said that the hospital is empanelled under the scheme since 2018. He said that in policy periods three and four, 805 cases were rejected by authorities just with the excuse that required documents were not uploaded on time.

He said that most of these 805 cases are of January to April last year worth Rs 1.91.Crore  and despite informing authorities on time that uploading may take a few days extra as staff were being tested positive they never stopped their services.

“Despite verbal and written assurances since then, nothing has been done despite requesting authorities to call patients whether they have got free services or not,” an official said.

He said on 26 December 2020, the scheme was made universal and till then it was just for some categories after making it universal, the rush of patients increased as well and part of payment after April 2021 has been already released.

He further added that there was an agreement of three years, starting from 2018 and on 22 December 2021 it expired and Bajaj Alliance was an insurance company.

“Before one month of expiry of the agreement, we forward authorities a letter of the expiry date and inform them that the agreement is expiring and tell us about further plans but nothing has been done as of now,” he said.

“Due to rejection and untimely payment, we have been suffering as we were unable to provide payment on time to our suppliers,” he said, adding that presently golden cards are being accepted for dialysis only which was continued on the humanitarian ground after directions from authorities.

Sources from Shifa hospital also said that, golden cards are being accepted for gallbladder and haemorrhoid surgeries only.

Meanwhile, a top official of the Bharat-Pradhan Mantri Jan Arogya Yojna scheme acknowledged that people are facing a lot of problems, however, he said we are in transition mode from one insurance company to another and the other company has not taken over yet which is expected to happen within two to three days.

“Once new company will join, operations will start once again,” he said, adding that an audit of rejected cases is going on which is being submitted to authorities at the earliest. “He said rejections are there in few major hospitals and there are some technical issues as well due to which hiccups have come and once a new company will join, all issues will get resolved,” he said—(KNO)