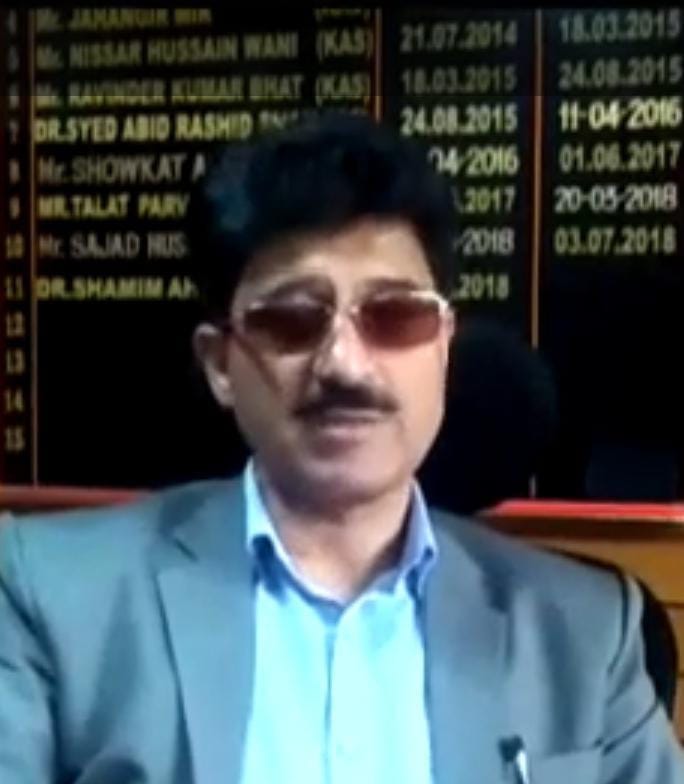 SRINAGAR, May 08: Government Medical College hospital, Jammu has turned into a death trap for Covid-19 patients as the death toll keeps on climbing. Mishandling and medical negligence of senior doctors at GMC Jammu cost the life of a senior KAS officer, Shamim Ahmad Wani who died on Saturday, relatives said.

A close relative of the deceased officer told News Agency Kashmir Dot Com (KDC) that due to the arrogant attitude of senior consultants and mismanagement by doctors at Govt. Medical the senior KAS officer lost his life.

The relative said that the officer was admitted at GMC in Jammu on April 24 as a case of Covid positive having bilateral pneumonia and was kept in isolation ward in Cabin No. nine (9) under observation.

Later the officer was put on high flow of oxygen due to saturation level of below 88.

The relative said after some days the officer was responding well and high flow oxygen was reduced to medium level during the interval period of April 30th to May 5th.

The officer was again put on high flow oxygen in the morning hours of 6th May; however, the condition of the senior officer deteriorated on afternoon of May 5 and was put on ventilator support.

The officer turned RT-PCR Negative on May 3rd after the repeated test was conducted at GMC Jammu.

The relative said the officer was unattended by the senior doctors and consultants during his hospitalization and it was only after the intervention of top civil administration, few senior doctors visited the patients room on 7th May.

The relative of the deceased officer who attended him from the last 15 days at GMC Jammu said that the negligence of senior doctors and their arrogance has cost his life and the treatment was very poor and inadequate.

He alleged that none of the senior doctors or specialist consultants had visited or examined the officer till 6th May when his condition deteriorated and he was kept on the mercy of junior doctors and Para medical staff.

The officer died around 11:10 am today at GMC Jammu after suffering cardiac arrest.

They demanded that the government should hold the enquiry and fix the responsibility on these senior doctors for their casual approach & negligence while dealing with Covid patients, so that the precious human life can be saved in future.

Since the last five days seventy eight (78) Covid-19 deaths have been reported in GMC Jammu.

A top official told KDC that Dr. Shameem was one of the best and upright officer in the bureaucracy.

He said that Wani was the architect and instrumental for all tax reform in J&K from General Sales Tax, Value Added Tax, Goods & Services Tax and has contributed a significant role by his leadership and administrative skills.

“The entire administration and particularly the finance & Taxation Department is in the grief of shock after the death of an excellent officer, reads a statement from the finance department.

The officer is survived by his wife who is a doctor and a daughter who is studying in 1st Year of her graduation and is also preparing for NEET Entrance exam. (KDC)