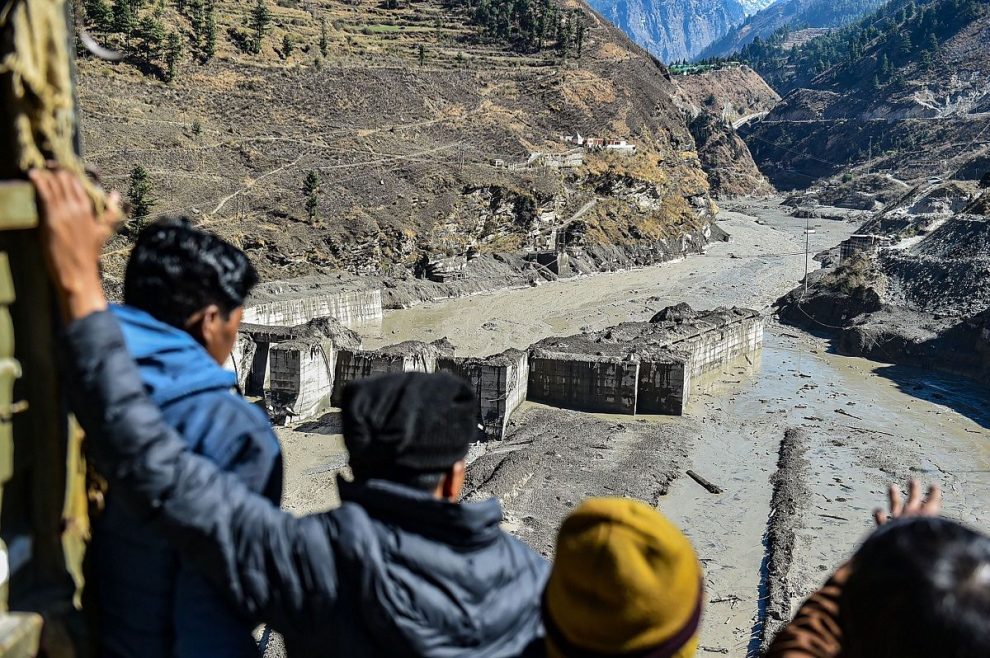 Global warming needs a lot more attention in the country following the recent glacial burst in Uttarakhand and . While experts have come out with suggestions from time to time, there is a wide gap in acceptance of the recommendations. Controlling nature becomes all the more difficult, resulting in various types of disasters. According to available data, extreme weather events can impact 75 per cent of India’s districts with a spike in such events since 2005.

Unfortunately, a natural disaster and its consequences get sharp focus when a tragedy takes place, but weeks later the concern, rather the long term impact gets relegated to the background.  The glacial burst in Uttarakhand raises questions about the construction of hydropower projects, which require environmental reassessment in the fragile mountains. Though the deluge was less deadly than the Kedarnath one, the next one could be much more as reports indicate there are more than 500 glacier lakes at risk of an outburst.

Scientists agree that retreating glaciers, like several in the Himalayas, usually result in the formation of lakes at their tips, called pro glacial lakes, often bound only by sediments and boulders. If the boundaries of these lakes are breached, it can lead to large amounts of water rushing down to nearby streams and rivers, gathering momentum on the way by picking up sediments, rocks and other material, and resulting in flooding downstream. And this is what possibly happened in Uttarakhand, for instance, an avalanche was reported in the region two days before the breach happened.

It is in this connection one may refer to the observation of Prime Minister Modi for the need to for enhancing disaster management capabilities through human resources development and technology but unfortunately not much has been done in most areas. “The road to fighting climate change is through climate justice”, he stated. However, as Modi rightly pointed out that environment and natural disasters impact the poor the most, while recently inaugurating the World Sustainable Development Summit (WSDS) of The Energy & Resources Institute.

As is well known, floods are the country’s worst form of disaster with three extreme flood events occurring annually on average but after 2005, the yearly average rose to 11. However, the recent glacial burst in Chamoli district in Uttarakhand speaks a lot about hydro electric plants being constructed against the wishes of nature.

The impact of climate change has resulted in Himalayan glaciers retreating faster than anywhere else in the world. “Yet, the state of glacier response (how much it retreats or advances) has not been studied extensively. Thus, we mapped the variations of extent and dynamics of the glaciers in the upper Rishigangt catchment, Nanda Devi region and found most glaciers have been shrinking”, according to Dr. Manish Mehta, senior scientist of Wadia Institute of Himalayan Geology (WIHG). He had further stated that south facing glaciers receded faster than north facing ones, possibly due to exposure to insulation (solar radiation).

The impact of global warming is documented by the International Centre for Integrated Mountain Development (ICIMOD), which showed that temperatures were rising in the Hindu-Kush Himalayan region and this, along with global temperature increases, will have more impact. Unfortunately, concerned authorities have not paid any heed to scientific advice while setting up power projects on rivers that originate from glaciers like the one on the Rishi Ganga. How new power projects are approved is something scientists of WIHG are clearly wary of.

It goes without saying that there is a general feeling that opinions of geologists and scientists are ignored until a disaster happens. So are the apprehensions of locals. In the summer of 2019, villagers in the Rishigana Valley, where the recent floods emerged, had approached the high court, complaining that blasting taking place as part of the Rishiganga hydro project were scarring wild animals in the forests who had started entering villages.

The need now is to look for alternative plans of sustainable development. Micro hydel projects of 1MW or 2MW capacity can generate power without the need to stop the river flow. Experts believe that gherats or water mills have been in use in the State for centuries for grinding grains and spices using water power. There are thousands of them lying unused and these can be converted into micro generating units.

The anthropogenic climate change that is being experienced in recent years is unprecedented in the hilly terrain, resulting in floods and cyclones. Apart from continuous monitoring of glaciers – India has 26 – in averting disasters, there is need to evolve an effective, plan for tackling disasters. Another problem of such disasters is migration, which is totally climate change driven. There are examples in history of how climate related disasters – droughts and floods – intensified mobility and, in recent years, such migration has severely affected poor people as also their livelihoods.

“Restricting constructions and development in GLOF (Glacial Lake Outburst Flood) prone areas is a very efficient means to reduce risks at no cost,” the NDMA guidelines clearly point out. These say construction of any habitation should be prohibited in the high hazard zone. “Existing buildings are to be relocated to a safer nearby region and all the resources for the relocation have to be managed by Central/State governments. New infrastructures in the medium hazard zone have to be accompanied by specific protection measures.”

The guidelines emphasise the importance of land use planning: “There are no widely accepted procedures or regulation in India for land use planning in the GLOF prone areas. Such regulations obviously need to be adhered to. Further technical experts rightly pointed out that more than two-thirds of the lakes in Uttarakhand are of moraine dams. These dams are relatively weak and can easily burst and create deadly floods. Glacial lake outburst floods occurring due to the failure of moraine dams are significant hazards for the valley downstream as “they possess a large amount of hydraulic energy that can kill thousands and destroy infrastructures and riverine landscape”, climate scientists observed. Global warming of the ice caps of mountains is an accepted fact, according to hydrologists and scientists the world over. And in Uttarakhand, a large number of population is vulnerable to glacial flood hazards as the State has the highest population density – around 182 per km among Indian Himalayan states. In such a scenario, there is need to evolve a strategy, after taking into consideration the views of technical experts, and, if necessary form another committee, while immediately stopping construction of big hydro projects.

Round The States
PSBs Disinvestment: Privatisation not mantra
Comment