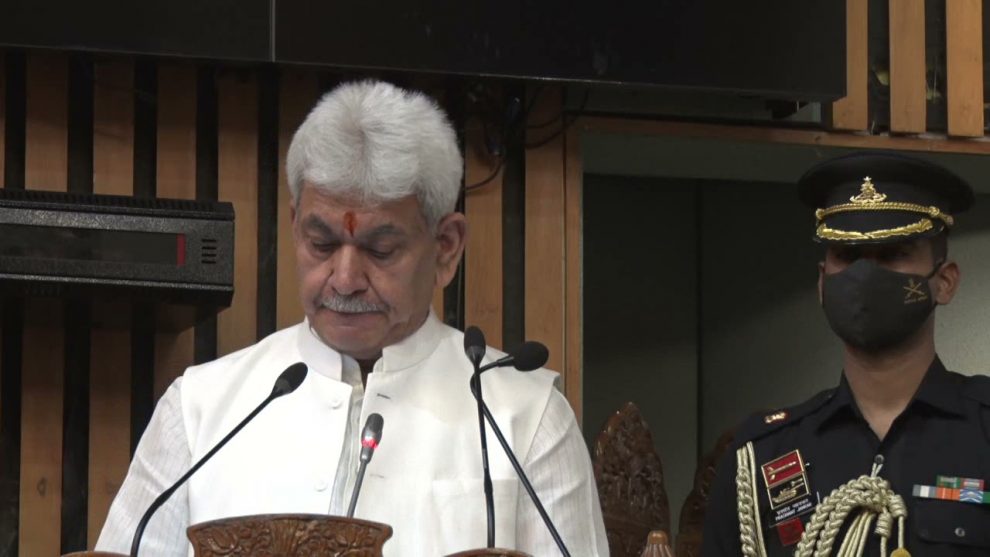 Sonbhadra/Ghazipur (UP): Prime Minister Narendra Modi on Wednesday said Ghazipur in Uttar Pradesh had given many great personalities to the country, including Lieutenant Governor Manoj Sinha. In this context, the PM mentioned the name of Sinha, a native of Ghazipur, who is serving as the Lieutenant Governor of Jammu and Kashmir since the year 2020.

Addressing an election rally in Ghazipur, the PM said “ Ghazipur has given a unique jewel to us in form of Manoj Sinha, who is handling the crown of the nation- Jammu and Kashmir”.

It may be mentioned that Manoj Sinha was appointed as the Lieutenant Governor of Jammu and Kashmir in August 2020.

Sinha was elected as a Member of Parliament in the Lok Sabha, representing Ghazipur for three terms. Manoj Sinha as MP of the constituency was popular for his pro-people approach.

Sonbhadra and Ghazipur, where the PM addressed election rallies on Wednesday, will go to the polls in the last phase on March 7.

PM Modi also said the previous governments of “dynasts” exploited the natural resources of the Sonbhadra region but never did anything for its development.

He told the gathering that if the “corrupt” become strong, they would again indulge in the loot of money sent by the Centre for the welfare of the poor.

“We have made a scheme to use the development of District Mineral Fund to ensure that a portion of the earnings from minerals of Sonbhadra is also used in the development of its people,” he said and highlighted that Sonbhadra has been included in the list of aspirational districts. ” “Our government has also honoured great tribal leaders including Birsa Munda. Ten tribal museums are also being set up,” Modi said.

Earlier the Minimum Support Price (MSP) used to be given on only eight to 10 forest products. “Our government is giving MSP on over 90 forest products. We have provided over 20 lakh plots of land to tribal families,”‘ Prime Minister Modi said. Sonbhadra has two assembly constituencies reserved for STs. “The BJP focuses on the development of small farmers. Over Rs 350 crore have been deposited in the bank account of over 2 lakh families in Sonbhadra district,” the prime minister said.