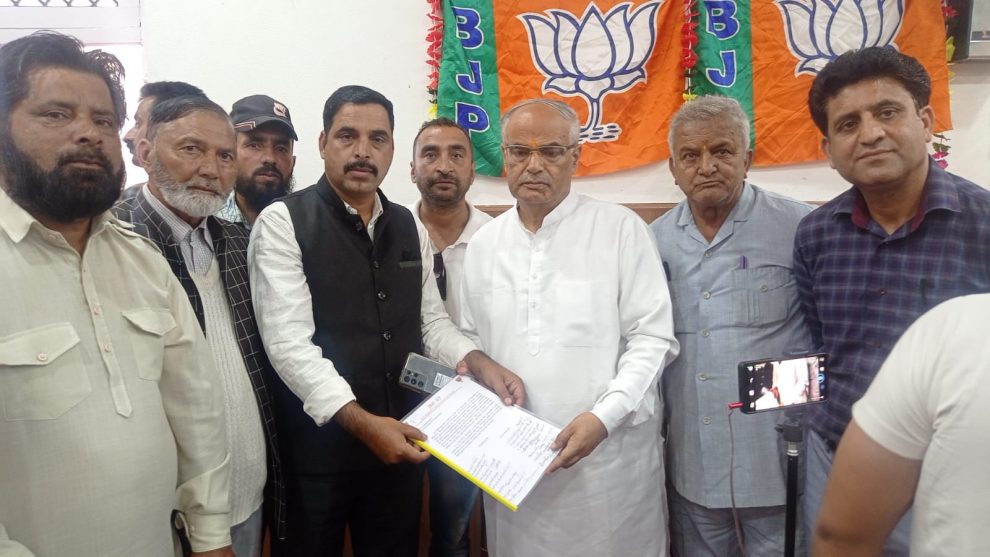 JAMMU: General Secretary BJP Jammu and Kashmir Ashok Koul concluded his two days visit to district Doda here on thursday.
During his visit, Koul held a series of meetings with Graham Mandals  in which he exhorted upon the workers to further strengthen the party at the grass roots level. He also stressed upon them to aware the general public about the beneficial schemes launched for their welfare by the central government.
While expressing satisfaction over the response of the people, he said that every section of the society is happy with the policies and programmes of the government.
In response to a question regarding a big threat to be posed by Aam Admi Party to BJP in Jammu province in the forthcoming assembly elections, he said that there is no such threat to the party as it is a party which has its strong cadres at the ground level whose commitment and hardwork will never let the party face any unprecedented situation as the welfare measures adopted by the govt are a boon for the party to reap it’s harvests.
In yet another question regarding rising inflation of essential commodities which has broken the backbone of the general masses, he said that international price index and raw material has caused the spill over in the prices of items like Petroleum products etc.
Expressing his preparedness for forthcoming elections in the union territory, he reiterated that BJP is all set to contest the elections from all the seats and observed that it would emerge successful by winning thumping majority and next  govt in the Union Territory would be that of BJP, he added.
” There is an overwhelming response on part of the public as even Muslims who up till now had kept themselves at bay from BJP are joining party obviously becoming convinced with the concrete policies and developmental programs of the central government,” Koul maintained.
Earlier, Koul visited Doda, Gandoh, Kahra and Mathola areas where he held meetings with the local party workers and field functionaries. During the visit, he was accompanied by Former MLAs of Bhadarwah and Doda Dilip Singh Parihaar and Shakti Raj Parihaar.
The Dispatch is present across a number of social media platforms. Subscribe to our YouTube channel for exciting videos; join us on Facebook, Intagram and Twitter for quick updates and discussions. We are also available on the Telegram. Follow us on Pinterest for thousands of pictures and graphics. We care to respond to text messages on WhatsApp at 8082480136 [No calls accepted]. To contribute an article or pitch a story idea, write to us at [email protected] |Click to know more about The Dispatch, our standards and policies