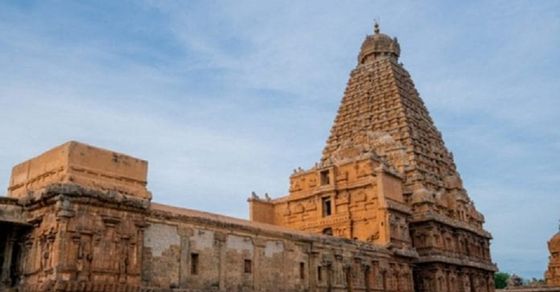 In the midst of our fight against Covid-19 and the fear of third wave in a few weeks haunting our spirit, the DMK government in Tamil Nadu is going ahead with temple reforms as one of the  most important items on its agenda to be executed as fast as possible. It relates to appointment   of female priests in temples under government control. True, the pandemic cannot be an excuse  for postponing social reforms or rendering gender equality and justice.

The Minister for Hindu Religious and Charitable Endowments (HR&CE) in TN has announced  a few days back that the State would offer training to women who are interested in becoming  priests in temples managed by the Department. “As  all Hindus can become priests, women can also become priests”, stated the minister. The announcement marks that the DMK government is  picking up the thread again to continue democratisation of temple administration initiated in the  1970s soon after the DMK first came to power.

The minister has also announced that Hindus of all castes would be appointed priests in 36,000- odd temples under its control before the newly elected DMK government completes 100 days in office. It is not known whether the urgency is due to the pressure given by devotees or priests in waiting or by temple management or by the DMK Party born for removing caste inequalities.

Temple worship is not just a religious practice, but is linked with sect/denomination, caste, and  language. With administration of big temples going into the hands of government, Constitution and laws have to be adhered to and democratisation and secularisation in managing temple affairs have become policy issues for governments and political parties. Hence, issues like women gurukal (priest) and archana in Tamil.

In 1971, the HRE Act was amended in TN to allow appointment of temple priests from any  caste. The apex court abolished the hereditary priesthood in temples, but upheld the authority of the agamas and its rules which laid stress on usage and denominations in appointment of priests.

As denominations are not castes and people from different castes may belong to the same sect,  an ordinance was passed in 2006 to specifically remove caste bar in becoming priests. The judge then stated, quoting from a famous judgement that, “freedom to act and practice in pursuance of  religious beliefs is as much important as the freedom of believing in a religion”. The test is that provisions in Part III of the Constitution on Fundamental Rights should not be violated. The bench did not strike down the ordinance, but ruled that it should be applied case by case only.   Agamas are not common for all temples.

Agamas represent the manual or guidebook on which temple rituals are based. They prescribe rules about everything pertaining to temples including food,  dress, and  habits of  priests  and the  manner of conducting rituals in the minutest details. Even temple architecture, housing of deities,   and use of space are dealt with.

It is reported that after an order passed in 2006, 207 men were trained for priesthood in major temples in TN. But, the programme had to be shelved soon for lack of jobs for the graduates.    Till date, very few have been appointed as priests and about 15 gone abroad.

The whole controversy in Tamil Nadu is due to the common notion of associating “priest” with   “Brahmin” and “Brahmanism,” Brahmin was considered and referred to in caste literature as    the “priestly class”  although Brahmin was the first to take to English education and modern jobs. The  term “priest” is used by Hindus for specialists  who conduct rituals at home or in public places  to conduct family  samskaras and rituals on occasions like birth of a baby, wedding, death, etc ., and also for those engaged in puja and connected rituals in temples.   Women rarely came forward to do priestly functions. Arya  Samaj founded a school in Sakori in  Maharashtra in 1932 to train women for priesthood.

Government of Tamil Nadu seems to be keen on breaking the tradition of appointing male priests   in some big temples attracting large crowds and having vast resources and income and  conducting festivals on an extravagant scale. For, women  priests and priests from castes other than Brahmin are not any new idea in smaller temples in Tamil Nadu. Besides the famous Adi Parasakti Temple in Melmaruvathur near Chennai which has female priests and allows females   to even touch the idols, there are hundreds of temples of “little tradition” where  women priests  are common. In many temples, even hereditary system of  women priests is  in force. There are a number of temples of “village gods” in southern India  with mostly women priests.

The  Supreme  Court held in a case from Andhra Pradesh that performance of rituals was part of religion, but the performer was not and ruled that any person qualified to function as priest can be appointed. Priestly functions are physically arduous with  stringent regulations and involve late night and very early morning duties. Special safety arrangements are required for female priests.

Hindu tradition even in most conservative places is not as strongly against female priesthood  as   the Roman Catholic Church. Holy books of Hindus do not prohibit women from becoming  religious leaders. But, the teaching of the Catholic Church on ordination permits only  a Catholic male to receive valid ordination. In 1976, the Congregation for the Doctrine of the Faith issued  the Declaration on the Question of the Admission of Women to the  Ministerial Priesthood which  taught that for doctrinal, theological, and historical reasons, the Church “does  not consider itself authorized to admit women to priestly ordination.” In 1994 Pope John Paul II confirmed that Church could not confer priestly ordination on women. Women priests and bishops who  attempt to ordain them could be excommunicated according to a decree from Vatican in 2008. This   position was reversed by a German  bishop in 2017.

There are schools to train women priests in many States in India. Pune is in the forefront where two schools were started several years back to train women for priesthood.

Temple trusts are another place inaccessible to women. Karnataka, Kerala, and Tamil Nadu  have passed laws mandating reservation of seats for women in the Board of trustees. Andhra Pradesh provides 50% reservation for women in temple trusts and committees. Some famous temples like Puri Jagannath, Vaishno Devi shrine, and Siddhi Vinayak temple have women members as trustees.

Today, proper maintenance of places of worship seems to be far more important than appointment of women priests. UNESCO once described that temples in TN are in “decay”.    Misappropriation of temple property, lack of proper auditing, idol theft, and dilapidated condition of several temples need urgent action and not appointment of women priests.   Assessment of temple properties and preservation of temple records using digitised technology  must be undertaken immediately.

In short, state control of religious institutions may better be limited to material issues leaving spiritual and ritual matters to the decision of religious leaders and devotees in consonance with temple rules and traditions.— INFA