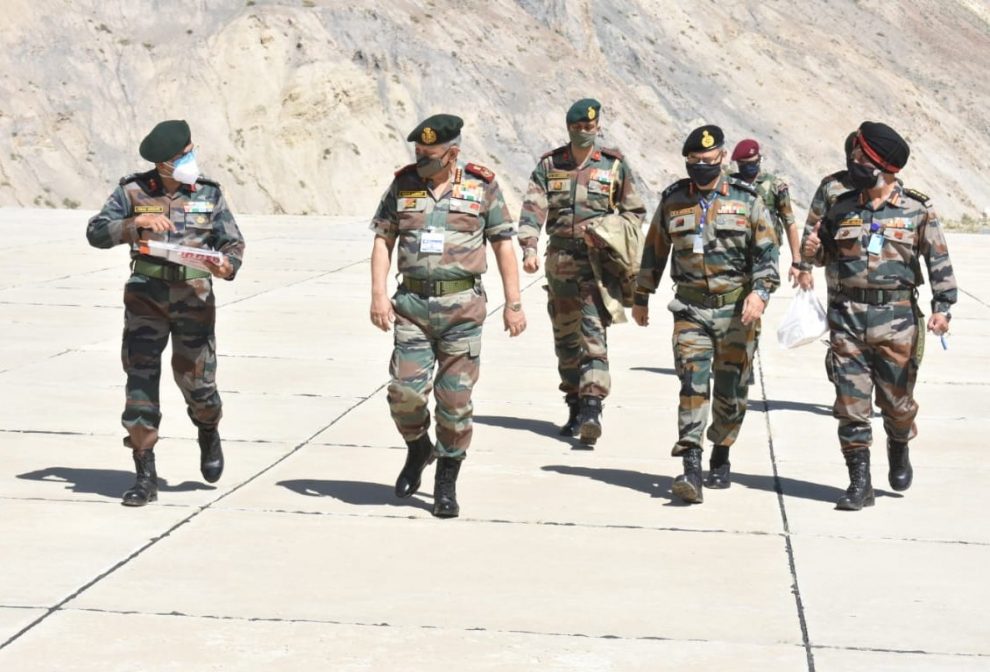 New Delhi: Chief of Defence Staff Gen Bipin Rawat on Tuesday visited a number of forward locations along the Line of Actual Control (LAC) with China around the Himachal Pradesh sector to take stock of India’s military preparedness in the sensitive region.

In his interactions with troops, Gen Rawat exhorted them to remain steadfast in their task of defending the territorial integrity of the country.

His day-long visit to the Sumdoh sector along the LAC came amid the continued military standoff between Indian and Chinese militaries in several friction points in eastern Ladakh.

“General Bipin Rawat, #CDS interacted with the troops, complimented them for their high morale & exhorted them to remain steadfast in their task of defending the territorial integrity of the nation with the same zeal and fervour,” the Army said.

It said the Chief of Defence Staff was briefed about the ground situation by local commanders.

“General Bipin Rawat, #CDS visited forward areas of Central Sector along LAC and was briefed by the local commanders on the operational situation,” the Army said.

India and China were locked in a military standoff at multiple friction points in eastern Ladakh since early May last year. However, the two sides completed the withdrawal of troops and weapons from the North and South banks of Pangong lake in February following a series of military and diplomatic talks.

The two sides are now engaged in talks to extend the disengagement process to the remaining friction points. India has been particularly pressing for disengagement of troops in Hot Springs, Gogra and Depsang.

According to military officials, each side currently has around 50,000 to 60,000 troops along the Line of Actual Control in the sensitive sector.

There was no visible forward movement in disengagement of troops in the remaining friction points as the Chinese side did not show flexibility in their approach at the 11th round of military talks.

SMC Mayor’s PSO hospitalized after being hit by stone in Rainawari
No room for coercion or force in Islam; MMU refutes allegation about forcible conversion of two Sikh girls
Comment