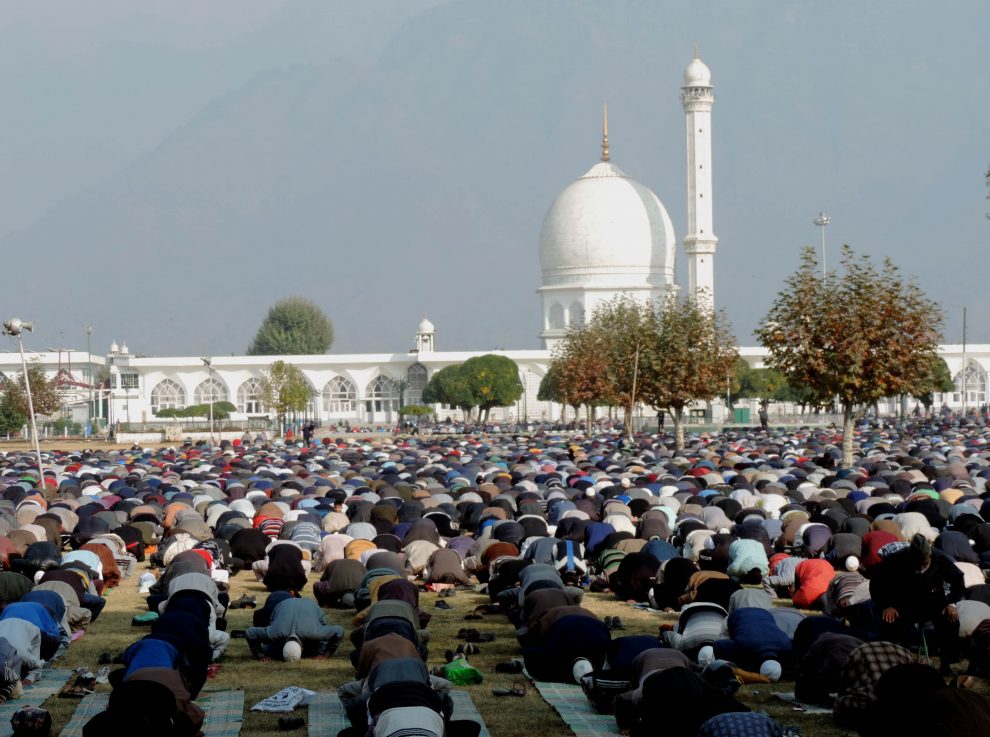 Babul Madina is the largest gate; Babul Nisa marked out for female devotees only

Srinagar: The Wakf Board has renamed the gates of the revered Hazratbal shrine here, with Babul Madina marked out to be the largest entry point for the devotees.

With the addition of two more gates recently, the revered shrine also called as Madina Sani, are now having eight entry points.

All the eight entry gates will have names inscribed on them in next few days, an official said. “Yes, the entry points have been renamed. The new names have been suggested by Islamic scholars and decided with consensus,” Executive Officer Wakf Board, Mufti Fareed-u-Din confirmed to Greater Kashmir.

The Hazratbal Shrine or Dargah Sharif is a Muslim shrine located on Srinagar outskirts and houses the holy relic of Prophet Muhammad (SAW).

The name of the shrine is a combination of the Persian word Hazrat meaning “respected” and the Kashmiri word Bal meaning?“place.” The shrine is situated on the northern bank of the Dal Lake in Srinagar, and is regarded as Kashmir’s holiest Muslim shrine.

The names of entry points/gates have been renamed

Hazratbal Shrine supervisor Nazir Ahmad Gujri said that Babul Madina is the largest gate for entry of devotees with 15 feet open breadth and 20 feet height. The gate has also inscribed holy versus of Qur’an on its beautiful marble.

Babul Madina was earlier called VIP gate as VIPs made their entry from this gate to the shrine.

The two new entry points from front side of the shrine are Babul Huda and Babul Noor. “These two gates were recently made functional for entry of devotees during observation of Friday following Shab-e-Miraj, this year,” Gujri informed.

These two gates are more convenient for devotees to make entry as they are close to main road where devotees alight from the vehicles.

“At these two entry gates, the Wakf Board has also constructed 180 points with facility of cold and hot water with modern water-mixer fixed in taps for ablution (Wadhu) of devotees,” Gujri said.

He added that at the same place, there is facility for tourists visiting the shrine wherein they would be apprised about history and importance of the shrine.

“Here, the tourists will be also informed about other important shrines located in different parts of the Downtown,” he said. (Greater Kashmir)