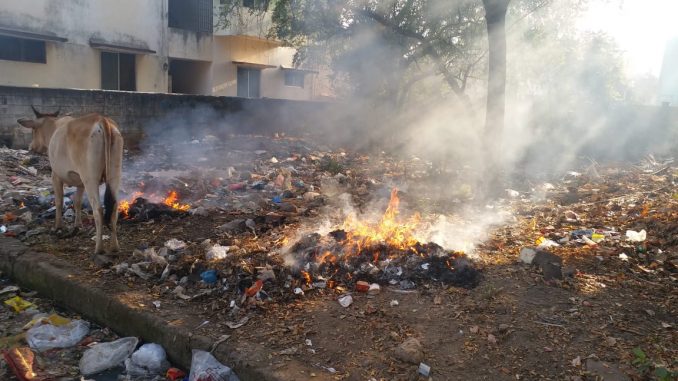 Greater Chennai Corporation announced Garbage Tax a few days back to the surprise of all residents and gave another surprise by withdrawing it within two days.  The object was to collect “user fee” from residents and commercial establishments for removal of garbage.  The roll-back is instructed by the Chief Minister in response to representations from citizen groups, traders and the public against the new tax. Understandable – elections are approaching in Tamil Nadu.

This fee is based on the Centre’s Solid Waste Management Rules 2016 issued by the Union Ministry of Environment, Forests, and Climate Change for 6th category of wastes after plastics, e-waste, bio-medical, hazardous, construction and demolition wastes.

According to the Ministry’s estimate, 62 million tonnes of waste is generated annually, 75 to    80% of the municipal waste gets collected, but only 22 to 28% processed and treated.  By 2031, municipal solid waste is expected to grow to 165 million tonnes and if untreated would occupy 1,240 hectares of land. The new rules, applicable beyond municipal areas, are an essential component of Swachh Bharat Mission. Every individual resident becomes responsible for disposal of wastes in the creation of which he plays a major role. The rules  authorise  local bodies to decide user fees for collection, disposal, and processing of waste from bulk generators and also levy on them  Spot Fine for littering and non-segregation   of wastes.

The fee proposed in Chennai is related to the size and usage of buildings ranging from Rs.10 per month for a residential building with built area up to 500 sq.ft and  Rs.25 for  those with built area of 1,201 sq. ft. to 2,400 sq. ft. and Rs.100 for those extending to over 2,401 sq. ft.   Commercial establishments, places of worship, and schools were to be charged at a flat rate of Rs.500 per month. Garbage fee ranging from Rs. 5,000 to Rs. 20,000 for events held in public places except funerals and awareness programmes of government were to be collected from organisers depending on the number of participants.

The aborted attempt to levy user fee covered littering public places, non-segregation of waste, burning of waste, and dumping of garbage in water  bodies for which penalties were fixed anywhere between Rs.100 and Rs.5,000. No doubt, if such a fee structure could be levied and collected, and proceeds go for the purpose of removal and management of wastes, the city can move towards “Singara Chennai” (Beautiful Chennai) – the dream of some politicians.  According to some estimates, the tax could fetch between Rs. 60 crore and 80 crore annually – the amount badly required by the corporation to meet staff salary!

The Delhi Government introduced garbage fees ranging from Rs.50 to 200 for domestic waste depending on the category of locality. Temples were levied a fee of Rs. 2,000. New Delhi has earned the reputation of being the third largest electronic waste generator after China and USA.    In Bangalore, garbage tax was introduced in June last and door-to-door collection of fees is organised for waste collection. Greater Hyderabad Municipal Corporation is collecting fees for house collection of wastes. Plastic shredding machines are becoming common in many places.

Garbology is the study of modern refuse and trash as well as use of trash cans, compactors, and different types of trash can liners. New types of wastes are generated as technology is progressing fast and are waiting for disposal and in the interval posing a big challenge to civic bodies. Electronic waste is a worldwide problem and new products like plastic waste demands global research and action on its constructive use.

Called garbage, trash, rubbish or refuse, waste material consists of things discarded by humans as of no use.  It does not generally include bodily waste products, liquid and gaseous waste, or toxic waste products. What was inside the house, when thrown out of the house as useless becomes garbage.  However, what is waste material for one person may not be so for another and it may even be raw material for production of some article for another.

Great artists know how to use even the skin of groundnut and almond to produce beautiful drawings. Garbage is unused and unusable wastes. By itself, it is not a problem. It is mixed garbage of different types that is making segregation of waste a staggering problem. Waste can be turned into wealth by proper utilisation. Left as created and dispersed by waste generators, it is a challenge to health, hygiene, and purity of other natural resources like land, air and water.

Global waste production is predicted to rise by 70% by 2050 unless we take urgent action to arrest the growth. Giving this estimate, the World Bank has said that 7.6 billion global population create 2 billion tonnes of waste per year. The US is the biggest generator of waste in the world.

Copenhagen in Denmark has earned a name for the most efficient garbage management where only 3 to 4 % of city’s waste ends up in landfills. Trash is mostly incinerated and the process is used to generate electricity.   In many European countries, waste tax is levied.

South Korea introduced a system in 1995 which required people to pay for official bag to dispose of garbage. Singapore, known for cleanliness, has adopted a common uniform fee for waste collection according to the type of domestic premises. Bulky waste and garden waste are treated separately.

In Australia, waste charges levied in some States and territories are intended to encourage diversion of waste from landfill to recycling. They are financial contributions collected from licensed waste facilities for the quantum of wastes received. The system is actually opposite of garbage tax which demands payment from waste generator to the collector.

China raises world’s largest quantum of waste, but has no effective policy to handle or use the waste. It is still continuing landfill method. Much of its waste flows into rivers. Its waste is estimated to grow as double that of the US by 2030.  It has banned foreign waste a couple of years ago.

2016 rules in India mention about integration of rag pickers, waste pickers and kabadiwalas (scrap dealers) from informal sector to formal sector by the State governments. Some States do recognise the useful role of rag pickers in waste collection by making them part of the contract system introduced for garbage collection from houses and establishments. Waste management is an important aspect of national environment policy. Already mountains of urban waste are before our eyes blocking water bodies and causing floods in every rainy season.  Positive people’s movements in many countries have stimulated action on the part of authorities.  Here in India, public interest and awareness to environment-related issues like pollution, manual scavenging, sanitation, hygiene, etc., are hopelessly low. People have to be woken up from their long slumber to take initiative and leadership and insist on clean surrounding as a right. A new tax like the Garbage Tax may act as an alarm and not penalty to awaken people to realise how enormous is the filth they have produced.