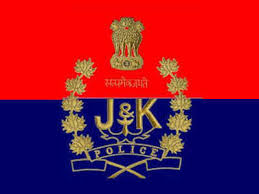 Police in Ganderbal solved a murder case after carrying out a thorough and professional investigation in the matter and arrested the accused person.

Ganderbal police recovered the dead body of a lady identified as Rubeena wife of Abdul Majeed Khan resident of Gounci Mohalla Kangan from Nalla Sindh on 14th of July, who had gone missing on 09th July 2020.

Accordingly, proceedings under section 174 CRPC in Police Station Kangan were initiated by the police. However, during the course of proceedings, the circumstances indicated it to be as a case of murder than a simple drowning. Thereafter, a proper case under section 302 IPC was registered in the said police Station and investigation was initiated.

During the course of investigation, the team arrested the accused person namely Abdul Majeed Khan (husband of the deceased lady) who confessed that he was suspecting infidelity from his wife of having multiple love affairs and she wanted to go back to his maternal home in West Bengal. This lead to heated arguments between the couple and the husband strangulated her to death.

The accused further disclosed that he kept her dead body in his shop for 5 days and later with the assistance of his brother Nissar Ahmad Khan threw the body into the river Sindh from Akhal Bridge.

On his confession and instance, rope used for strangulation, clothes of the victim, blood stained cardboard and hair were recovered with the assistance from FSL unit.

Further investigation into the matter is going on.