Srinagar, Mar 11:Ganderbal police has on Thursday produced a Chargesheet against an ‘HM module’, it claims to have busted in the district in September 2020.

“The trio had come in contact with a Pakistan-based Kashmiri militant namely Fayaz Ahmad Khan son of Abdul Dawood Khan resident of Gutlibagh and were being handled by him from across to take up various militant and subversive activities in the district”, it claims.

“After obtaining the sanction for prosecution from the Govt of UT of J&K, challan against the four accused persons was produced before the Competent Honourable Court of Law for its judicial determination”, the statement read further. 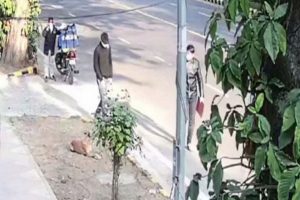