District Ganderbal is located between 34.23° N Longitude and 74.78° E Latitude on the North of District Srinagar from which it was carved out and given the status of District on Ist April 2007 .It mostly stretches from south – west to North-east with a length of 125 kms and this stretch has a width of around 10-20 kms at an elevation of 1650 to 3000 meters above the Mean Sea Level (MSL). Nearly 70% area of the District is hilly and semi-hilly. Some areas remain inaccessible for quite some time during winter.

The Ganderbal town is the district headquarter and has derived its name from a famous spring Ganderbhavan. With the passage of time the name got changed into Ganderbal from Gander bhavan, now recognized name and used officially. In the olden days the territory of Ganderbal has acted as gate way to the central Asia by constituting one of the most important station of the erstwhile silk-route

In addition Islamic influence on Kashmir found its way through Sindh valley. Hazrat Shahi Hamdan, Rinchan Shah the first ruler of Kashmir and Mirza Hyder Daughlat have entered Kashmir through Ganderbal popularly known as Sindh valley those days because river Sindh traverses course of about 100 kms through the district with a basin exceeding 1556 kms. The district covers the entire water shed of the river so the Sindh valley and the District has become synonymous.

District Ganderbal holds some of the scared pilgrimage sites like the Holy Amarnath cave, the serene spring of Kherbhawani. With the presence of tourist resort Sonamarg and Mansbal lake on its fringes, Qamar Sahib and Baba Hyder(RA) Tullamula in its lap and Sindh stream adding its charm and famousness, can contribute to the emergence of this area both as recreational and pilgrim oriented. An easy approach to the  Amarnathji cave has made the District World renowned. 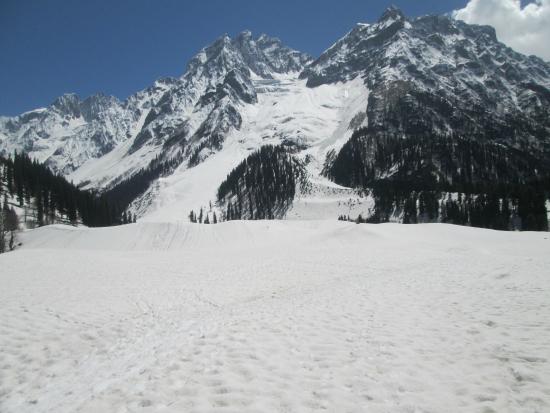 Thajiwas glacier at an altitude of 9,186 feet is a striking silvery scene set against emerald meadows and a clear blue sky. In summers, you can take a half-day hike to numerous waterfalls around this glacier. The road will be long and the journey hard but the captivating views make it worthwhile. On the way, have a friendly match with the local Gujjar kids who are almost always ready for a friendly snowball fight! The Kheer Bhawani Temple, situated in the middle of a natural spring, is often visited by tourists out of curiosity. Devotees offer milk and kheer to the resident deity. Popular with all tourists, it is especially revered by the Kashmiri Pandits in the Valley. The architecture of the temple is simple yet beautifully created using smooth grey stones. Rumour has it that the waters turn black as a warning for any looming calamity.

Sonmarg with its primitive and idyllic feel offers respite from city life. You can go soul searching to Gadsar Lake, which at 16,400 feet lies frozen throughout the year. Surrounded by snow covered mountains and shrouded in alpine flowers, from Gadsar Lake you can enjoy panoramic views of the frozen Satsar and Baltan Lakes. Nilagrad near Sonmarg is where a mountain river, red in colour, meets the mighty Indus River. The Baltic community that stays here believes that the waters have curative powers. Over the weekend, people swarm the banks of the river for a dip in the healing waters. With picturesque meadows around, it’s also an ideal picnic spot. 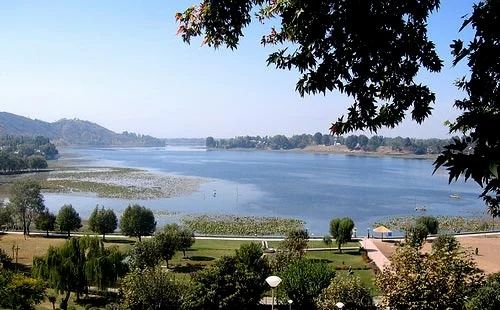 Manasbal Lake is located in Ganderbal District in the State of Jammu and Kashmir in India. The name Manasbal is said to be a derivative of the Lake Manasarovar. Lake is encircled by three villages viz., Jarokbal, Kondabal (also called Kiln place, is situated on the north-eastern side of the lake) and Ganderbal and is stated to be the deepest lake (at 13 m or 43 ft depth) in India. The large growth of lotus (Nelumbo nucifera) at the periphery of the lake (blooms during July and August) adds to the beauty of the clear waters of the lake. The Mughal garden, called the Jaroka, (meaning bay window) built by Nur Jahan overlooks the lake.

The lake is a good place for bird watching as it is one of the largest natural stamping grounds of Aquatic birds in Kashmir and has the sobriquet of “supreme gem of all Kashmir Lakes”. The rootstocks of lotus plant which grows extensively in the lake are harvested and marketed, and also eaten by the local people.