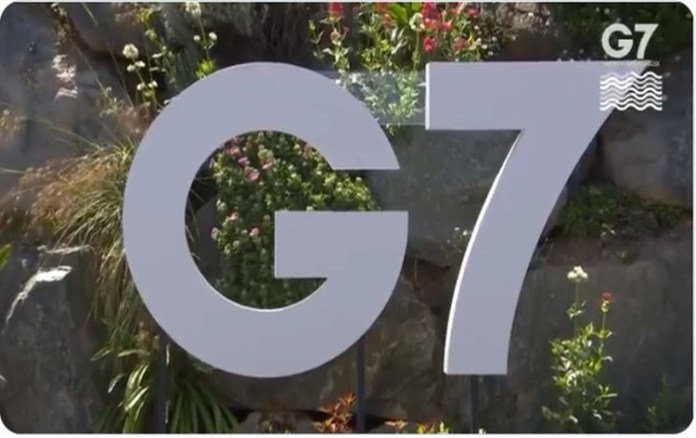 G7 leaders have launched a new global infrastructure initiative Build Back Better World (B3W) to help developing nations, countering China’s Belt and Road Initiative (BRI). In a statement at their summit in the English county of Cornwall, the G7 leaders said they will offer a values-driven, high-standard and transparent partnership. UK Prime Minister Boris Johnson is hosting the three-day gathering at the seaside resort of Carbis Bay.

US President Joe Biden said he wants the US-backed B3W plan to be a higher-quality alternative to a similar Chinese programme.

A statement from the White House said, President Biden and G7 partners agreed to launch the bold new global infrastructure initiative Build B3W. The statement described the initiative as a values-driven, high-standard, and transparent infrastructure partnership led by major democracies to help narrow the over 40 trillion Dollar infrastructure need in the developing world, which has been exacerbated by the COVID-19 pandemic. The B3W will collectively catalyze hundreds of billions of dollars of infrastructure investment for low and middle income countries in the coming years.

The G7, the world’s seven wealthiest democracies, have also committed to a new plan to stop future pandemics. The measures include cutting the time needed to develop and license vaccines and treatments for Covid-19 to under 100 days. The plan will be officially unveiled today, alongside the final summit communique.

According to a senior US official, the G7 is trying to find a coherent response to the growing assertiveness of China. Leaders of the G7 want to use their gathering to show the world that the richest democracies can offer an alternative to China’s growing clout. The official added that the US will also push the other G7 leaders for concrete action on forced labour in China and to include criticism of Beijing in their final communique from a three-day summit.

China’s BRI, is a multi-trillion-dollar infrastructure scheme that China launched in 2013, involving development and investment initiatives that would stretch from Asia to Europe and beyond.