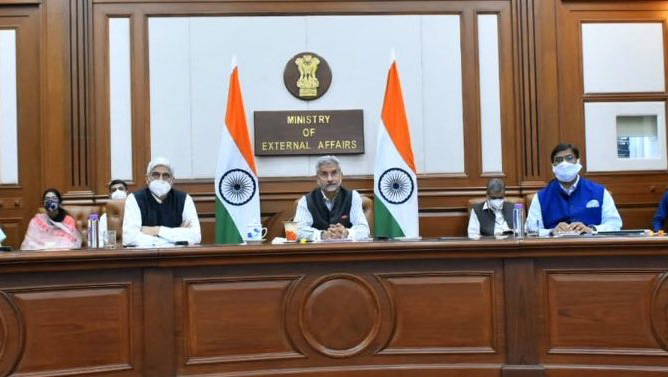 Foreign Ministers of the G4 countries – India, Brazil, Japan, and Germany have highlighted the urgency of reforming the United Nations and updating its main decision-making bodies, in order to better reflect contemporary realities.

They expressed disappointment at attempts to derail this process and committed to addressing the issue in a meaningful way and with increased urgency at this 75th anniversary of the UN.

In a Joint Press Statement, the G4 Ministers said, only reforms in UN Security Council can save it from becoming obsolete. Broader membership of the Security Council will allow it to preserve its credibility and create the political backing needed for the peaceful resolution of today’s international crises.

The G4 Ministers expressed their concern at the lack of any meaningful movement forward in the Intergovernmental Negotiations on Security Council reform.

The G4 Ministers reiterated their support for each other’s candidatures as aspiring new permanent members in a reformed Security Council. They expressed their determination to seek concrete outcomes during the 75th session of the General Assembly.