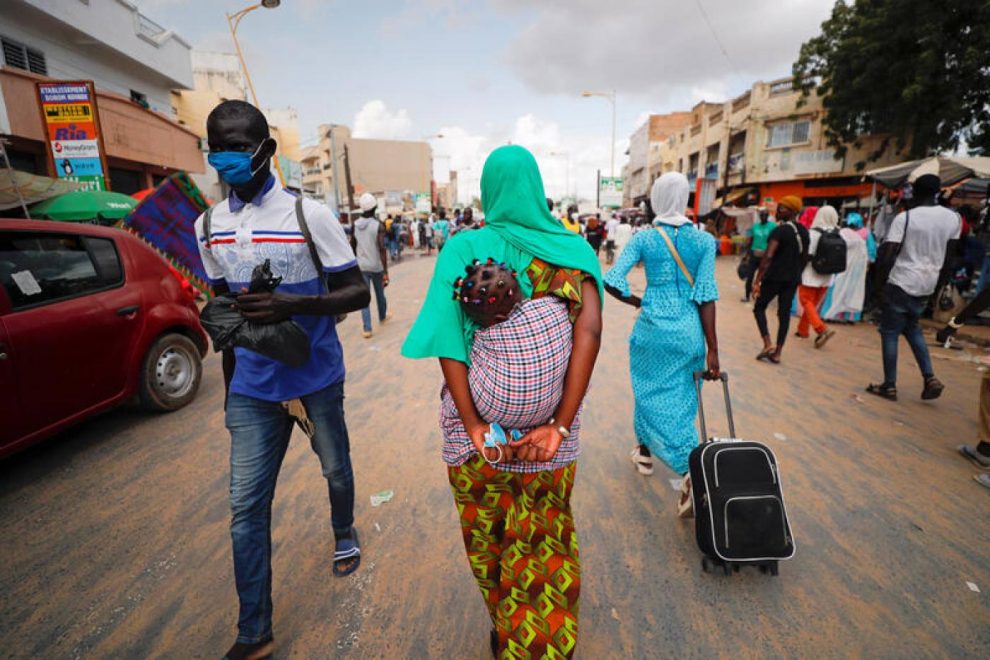 DUBAI/RIYADH: Leaders of the 20 biggest economies vowed on Sunday to spare no effort to supply COVID-19 drugs, tests and vaccines affordably and fairly to “all people”, reflecting worries that the pandemic could deepen divisions between the world’s rich and poor.

The pandemic and prospects of an uneven and uncertain economic recovery were at the centre of a two-day online summit under the chairmanship of Saudi Arabia, which will hand the G20 presidency to Italy next month.

“The COVID-19 pandemic and its unprecedented impact in terms of lives lost, livelihoods and economies affected, is an unparalleled shock that has revealed vulnerabilities in our preparedness and response and underscored our common challenges,” the final communique said.

G20 nations will work to “protect lives, provide support with a special focus on the most vulnerable, and put our economies back on a path to restoring growth, and protecting and creating jobs for all”.

On vaccines, tests and treatments, the leaders said: “We will spare no effort to ensure their affordable and equitable access for all people.”

“There is a clear recognition from the G20: If we leave any country behind, we will all be behind,” Saudi Finance Minister Mohammed al-Jadaan told the closing news conference.

The world’s economy has suffered a sharp contraction this year as measures to contain the spread of the virus have curbed transport, trade, and demand across the planet.

The meeting was held by video link, like many such gatherings this year. Saudi King Salman said in his closing remarks that the group had “adopted important policies that will achieve recovery all the way to an economy that is resilient, sustainable, inclusive, and balanced”.

G20 leaders said that, while global economic activity has partially picked up thanks to the gradual reopening of some countries and sectors, the recovery was uneven and highly uncertain.

They reaffirmed their commitment to use “all available policy tools as long as required” to protect lives, jobs, and incomes.

They also said climate change was a pressing challenge.

The pandemic has made governments around the world more aware of the fact that economies have to be developed sustainably and not at the expense of the environment, German Chancellor Angela Merkel said.

U.S. President Donald Trump used his final G20 summit to defend his decision to withdraw the United States from the Paris climate accord, a move that took effect on Nov. 4, a day after the presidential election won by Democrat Joe Biden, who has said the United States will rejoin as soon as he takes office.

The G20 endorsed a plan to extend a freeze in debt service payments by the poorest countries to mid-2021 and a common approach for dealing with debt problems beyond that, according to the communique.

The Debt Service Suspension Initiative has helped 46 countries defer $5.7 billion in 2020 debt service payments, short of the 73 countries that were eligible, and promised savings of around $12 billion.

The head of the International Monetary Fund, Kristalina Georgieva, said the G20’s actions to mitigate the impact of COVID-19 had helped prevent massive bankruptcies and an even deeper crisis, but that there was more to do.

“The world is not out of the woods yet in terms of this crisis. Cooperation is going to be even more important going forward,” she said in a statement after addressing G20 leaders.

She called for a prompt and effective implementation of the G20 framework for debt treatments beyond the debt relief initiative, adding:

“We must also help those countries not covered by the Framework to address debt vulnerabilities so that their economies can become more resilient.”

In their joint statement, the leaders said they strongly encouraged private creditors to participate in the initiative on comparable terms when requested by eligible countries.

Debt relief for Africa will be an important theme of the Italian presidency next year.