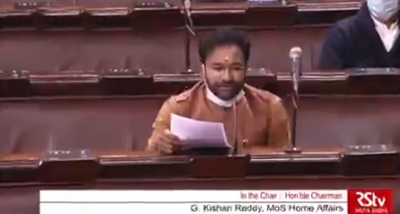 The President had promulgated the ordinance last month to amend the Jammu and Kashmir Reorganization Act, 2019.

Leader of Opposition Ghulam Nabi Azad recalled the Government’s assurance that Statehood will be restored to Jammu and Kashmir. He said, if the present cadre was working well so far then why Government wants to merge it. Raising suspicion, Mr Azad said, bringing the bill makes it clear that Government wants to permanently keep Jammu and Kashmir as Union Territory. He said, no new industries have been set up in J&K. Mr Azad said, 7 thousand 107 industries have shut down there and new industries have not come. The Leader of Opposition urged the government to restore statehood and conduct elections as soon as possible.

A. Navneethakrishnan of AIADMK said, considering the attitude of Pakistan and China, it is better if Jammu and Kashmir is under the direct rule of the Centre. He said, there is a huge deficiency of officers in Jammu and Kashmir and the merger of cadre will help the Union Territory.

Manoj Jha of RJD, Ashok Siddharth of BSP, Sushil Gupta of AAP, Shamsher Singh Manhas of BJP participated in the discussion among others.