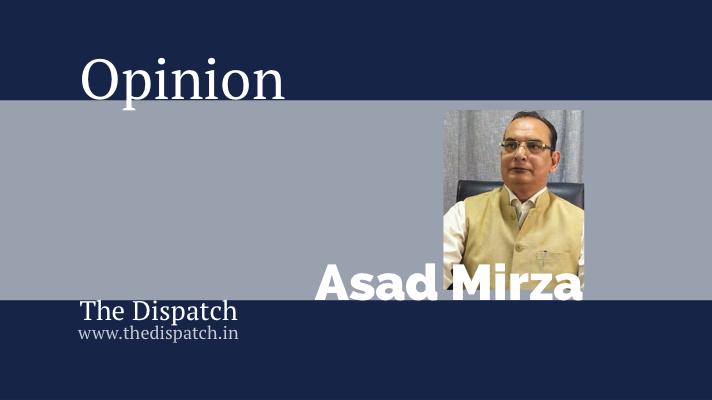 The 3Cs: Covid, China and Climate Change dominated the G-7 Summit. But overall the leaders were not able to present a united stand on any major issue.

The 47th annual G-7 Summit, ended on Sunday last at the Carbis Bay in Cornwall, UK.  Though the British Prime Minister wanted the summit to showcase his brand of ‘Global Britain’, after the Brexit. But there were terse exchanges between the French, EU and British leaders and officials on the issue. In effect the summit turned out to be more Biden focussed and expectations were raised high on some real agreement taking place on the 3C’s before the summit, though that was not the result ultimately.

Broadly, Biden sought to set a new tone after the unrestrained Trump years. Most G-7 leaders seemed relieved to have a return to a more predictable and traditional US administration. France’s Emmanuel Macron welcomed Biden back to the “club.” But the final Communiqué showed that even Biden’s expectations to ensure a consensus on many of his promises fell short.

On the issue of Covid-19, the leaders of the seven most affluent western nations seemed united, but there was difference of opinion on the way forward. Earlier, they had showed commitment to donate 1 billion Covid-19 vaccine doses over the next year to poorer countries. But in reality the bloc fell short of its own goal — 613 million new doses pledged, instead of a billion.

Even so, the vaccine effort gave Biden some help with his China push. Biden has criticised China for a transactional brand of vaccine diplomacy, where the shots are being doled out for geopolitical advantage. Biden called on democracies to counter China and Russia by donating vaccines equally and based on need, without seeking favours in return.

The COVAX facility, backed by the World Health Organization (WHO) and the Global Alliance for Vaccines and Immunisation (GAVI), aims to secure 2 billion vaccine doses for lower-income countries by the end of 2021. “We will work together with the private sector, the G20 and other countries to increase this contribution over the months to come,” the communiqué said.

On the second day of the summit, US unveiled plans to counter China through infrastructure funding for poorer nations. Promising to “collectively catalyse” hundreds of billions of infrastructure investment for low- and middle-income countries, the G7 leaders said they would offer a “values-driven, high-standard and transparent” partnership.

G-7s “Build Back Better World” (B3W) project was aimed directly at competing with China’s trillion-dollar Belt and Road Infrastructure (BRI) initiative, which has been widely criticised for saddling small countries with unmanageable debt, including even G-7 member Italy since its launch in 2013.

However, several leaders, including German Chancellor Angela Merkel, pushed back over worries about turning the G-7 into an anti-China group, suggesting any infrastructure programme should be framed as a more positive, pro-environment effort.

French President Emmanuel Macron also pushed back publicly, saying that the “G-7 is not a group that is hostile to China.” Macron was one leader who sought the middle ground.

China hit back at these statements dismissively saying that the days when “global decisions” were dictated by a “small group of countries are long gone”. Chinese embassy in London issued a statement saying that world affairs should be handled through “consultation by all countries”, and added that the valid global system was the “international order based on the principles” of the United Nations.

The final version of the communiqué skirted B3W, instead creating a task force to study how to spur infrastructure development abroad. It made no mention of BRI, though Biden renewed his call at a press conference, and said that, “I proposed that we have a democratic alternative to the Belt and Road initiative, to build back better.”

The claim by environmental activists before and after the summit was that the world’s rich nations, which caused the climate crisis, know what’s expected of them – but they consistently fail to deliver in full. They asserted that for the umpteenth time the rich club has failed to deliver on its promise to channel $100bn a year to poor nations coping with climate change’s negative affects.

Environment campaigners further warned there could be no over-arching deal to protect the climate unless $100 billion sum is reached and guaranteed at the vital COP-26 climate conference in Glasgow in coming December.

Teresa Anderson, from Action Aid said that the G7 must announce real finance through grants and stop turning a blind eye while the world’s poorest and most marginalised are hit hardest.

The summit made some progress, especially on heralding the demise of coal – the fuel that drove the industrial revolution and sent emissions soaring. President Biden talked about the end of coal for power generation in America (with no details of a date, or of how he would get legislation passed through the Congress). The president also trumpeted the end of coal finance for poor nations, with the hope that this may heap pressure on China to follow suit.

As PM Modi had announced last month that due to surging Covid cases in India, he’d not travel to the UK, he addressed the summit virtually. He conveyed India’s commitment to “collective” solution to global health challenges, and called for “one earth, one health” approach, which aims for unity and solidarity among the states of the world to deal with the pandemic. He also emphasised the need to keep raw materials for vaccines easily accessible.

Mr. Modi further sought G7’s support for a proposal moved by India and South Africa at the WTO for a TRIPS waiver. This waiver will help India scale up production of anti-COVID-19 vaccines. The argument found strong support from Australia and other countries. French President Emmanuel Macron too argued for strengthening the abilities of countries like India that can play a vital role to contain the pandemic.

The UK summit was the first G-7 summit to be held in last two years, and will serve as a blueprint for international gatherings in the post-pandemic age. The western leaders met after four turbulent years of Donald Trump in the White House, and though Biden was welcomed into the Club, yet he seemed unable to make a significant mark at the summit, as most of pre-summit promises were not included in the final communiqué and this shows that he’ll have to work hard to convince his European allies.

It was also the final summit for German Chancellor Angela Merkel, who has served as a bulwark for Europe for 16 years, a position which is being eyed by Macron to become “Dean” of the club. Also there was no mention of a new US-UK Atlantic Charter modelled on the historic statement made by Churchill and Roosevelt on the post-war world order, a dream cherished by both Biden and Johnson to be remembered as the one who led the world’s economic recovery post-pandemic.

The summit’s Communiqué which was issued several hours after the end of the summit, promises many things but falls short of what was expected to be achieved before the summit.

The author is political is a political commentator based in New Delhi.