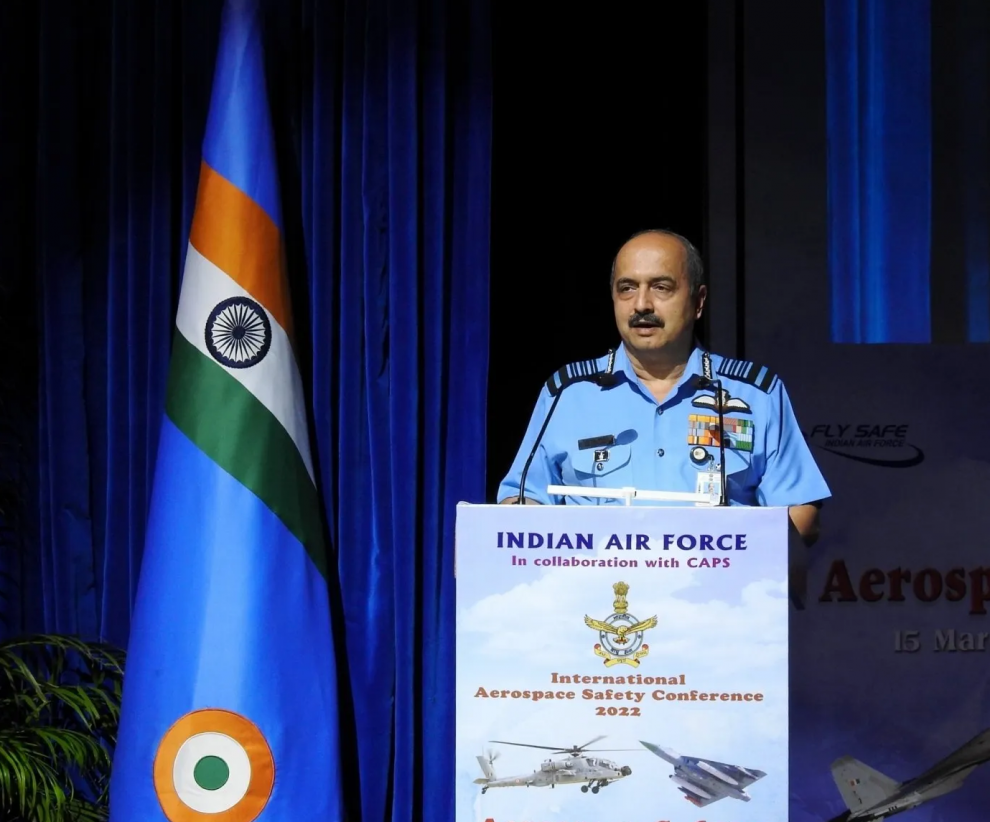 New Delhi: The future warfare is likely to be hybrid in nature wherein weapons such as economic strangulation, information blackout, computer virus and hypersonic missiles would be used, IAF Chief Vivek Ram Chaudhari said on Tuesday.

“Cyber and information” have become the modern tools for shaping the battlefield, Air Chief Marshal said in his speech at an event organised by All India Management Association (AIMA).

A well created narrative in the information domain to adversely affect the enemy, can have devastating effects, he mentioned.

As humans become more and more interconnected, a cyber-attack on our networks can cripple command and control structures, Chaudhari noted.

“What I am trying to get at is that in the next war, the enemy might not be a country or an organisation,” he mentioned.

India may never know the perpetrators of a “Distributed Denial of Services” attack and we will not know when and from where the attack will take place, he added.

In the future, India could be attacked on all fronts, ranging from economic strangulation to diplomatic isolation and military standoffs to information black outs in the form of attacks by “Distributed Denial of Services”, he mentioned.

All this will happen well before the first bullet is fired or the first aircraft goes across the border, he noted.

Future warfare is likely to be hybrid in nature and the spectrum of conflict will be spread across all domains spanning from conventional to sub-conventional, kinetic to non-kinetic and lethal to non-lethal, all under a nuclear overhang, he said.

“The weapons we are looking at would be ranging from a small computer virus to hypersonic missiles,” he added.

“There is a need for us to develop capabilities across the full spectrum of conflict and focus on multi-domain operations. Similarly, our doctrines, equipment, training and tactics will have to be flexible and able to adapt rapidly to these new challenges,” he stressed.