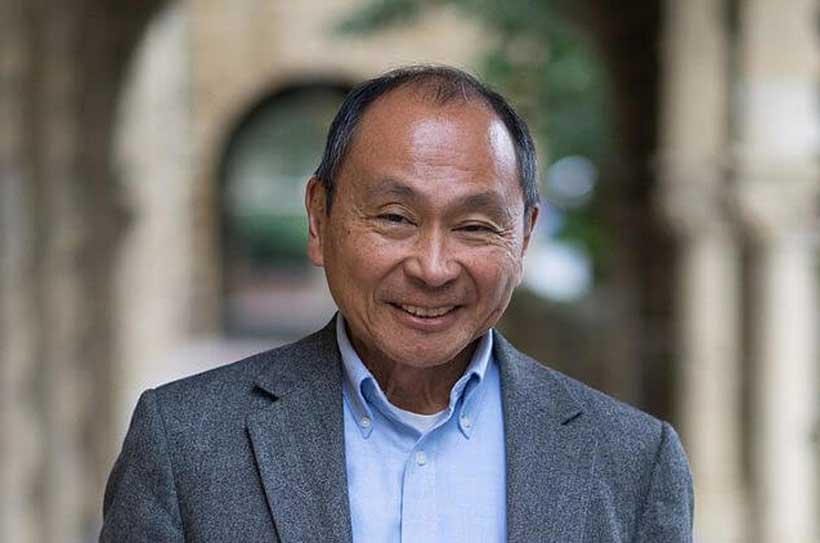 Ansh Chowdhari
Add Comment
The book has been written in an extremely lucid and simple language with least possible usage of subject specific jargons, thus making it quite amenable to the needs of a general reader. If Mill was ‘a prophet of empty liberty’, Fukuyama is a ‘prophet of modern liberal etiquette’.

Book: Liberalism and its discontents

Rising income inequality, growing threats of terrorism, cultural despondency, religious fundamentalism, immigration woes, etc are some of the trends that have gravely affected the idea of liberal states in the world. Liberalism, notwithstanding its inherent resilience has been marked by certain inconsistencies lately, which have given rise to illiberal political culture in some areas on the world and have dwindled the liberal quotient of those societies. The recent conflict of Russia-Ukraine has given further steam to this trenchant dichotomy and has furthered the chasm between an open liberal and an imperious authoritative world order, not to mention, their otherwise perennial hot and cold relationship in the last century.

From his seminal work, The End of History and the Last Man, where he argued that liberal democracy was essentially “the end point of mankind’s ideological evolution”, the author, has come a long way in defending the present liberal order which inevitably marks our reality. He has attempted to “lay out the theoretical grounding of classical liberalism, and some of the reasons why it has generated discontents and opposition”. In the very beginning itself, the author, in a lucid manner, has explained the nuance of classical liberalism- a moot point running through the book, “as of peacefully managing diversity in pluralistic Societies”.

As per him, the idea of tolerance and the respect for human autonomy (borrowed from the philosophical traditions of Kant)-individual agency and his choice for the self-actualisation within a moral framework, and its relationship with the liberal thought, is a touchstone for assessing the efficacy of these values. Another important facet of his argument he a clear distinction that he has marked between democracy and liberalism. Just like Fareed Zakaria, he too has touched upon the fact of the rising illiberal democracies.

The author says that there “are many legitimate criticisms to be made of liberal societies”. It seems that he has attempted to singe the liberal outlook too, for its sphere, when expanded, on either side of the ideological spectrum, has engendered aberrations in the larger framework its own order, thereby leading to the phenomenon of identity politics on the extreme left and complete state withdrawal in the form of tearing down government protections and regulations- neoliberal order, on the right.  By focussing on certain “historically contingent phenomena”, he acknowledges the defects that liberalism possesses.

The author has come down heavily on the neoliberal model of capitalism, which “provided a highbrow justification for the pro-market, antistatist policies pursued by Ronald Reagan and Margaret Thatcher in the 1980s”. He considers neoliberal philosophy the main reason for the creation of income inequality, global financial crises, environmental problems in the world. Admittedly, he, alike Rawls, appears as a social egalitarian while dealing with these issues. The author, rightly so, accepts that these vicissitudes of societal dynamics created a backlash in the form of protectionist and anti-globalisation movements and thus gave enough leeway for the liberal philosophy to occupy the vacuum by creating conducive atmosphere for their logical expression by the aggravated masses.

On the other side, he has remained particularly critical of the left liberals who, unwittingly, at times, have given rise to ‘group identities, which have hindered an individual for exercising his own agency and then aiming to “write off that entire element of society as part of a racist, patriarchal power structure that is illegitimately clinging to its former privileges” for creating a state based on ‘‘epistemic relativism’. He believes that this aspect of left liberals has given more steam to the ideas of conservatives, who bank on these deceptive means to create states based on ideas like racial purity,ethno-religious nationalism, etc.

By referring to some of the critical theorists ranging from Herbert Marcuse to Foucault, and their critique of the liberal states in the form of latter being exploitative, eurocentric, individualistic, exclusionist etc, was skilfully countered by the author with his focus on meritocracy, welfare states, multiculturalism, upward economic and social mobility, etc. Despite accepting the prevalence of ‘vetocracy’ in American polity, he’s sanguine about the role of a liberal state bound in a time-tested rule of law.

There are two distinctive facets of this book which I consider as the major hallmarks in terms of their normative sense for determining the adequacy of certain liberal principles in present times. The first is the author’s exposition and thence an attempt to reconcile the principle of universalism with that of an idea of modern nation states. He apparently finds little contradiction between these values, for he believes that states having a fixed territoriality can, within a paradigm of rule of law, establish its writ by wielding its legitimate power. He says “National identity as a liberal and open society is something of which liberals can be justly proud..” The author, nonetheless, accepts that “if national identity is based on fixed characteristics like race, ethnicity, or religious heritage, then it becomes a potentially exclusionary category” which can generate a potential conflict with universal values and a nation state.

The second facet that appears endearing is his attempt to remediate liberalism’s flaws by adequate mainstreaming of certain ideas like Individualism, federalism, welfare state, privacy, tolerance and the freedom of speech. The author believes that these principles have to be underpinned by a certain ‘moderation’ (just like Buddhist idea of Madhyamāpratipada), for “moderation is not a bad political principle in general, and especially for a liberal order that was meant to calm political passions from the start”.

Be that as it may, the book falls short from assessing some of the essential changes that have animated some of the societies in South and South East Asia, where culture, religion and concepts like Asian Values have permeated the liberal values lately. Additionally, the book has taken a quite bland approach vis-a-vis the state’s domestic capabilities and the procedural aspects attached therewith, in promoting or hindering such values.

Therefore, it can be said that this sleek book, running for 192 pages, has, by overriding the recent ideological attacks, from both sides of the spectrum, emerged as a sterling and rousing defence of classical liberalism and is an absolute page turner. The book has been written in an extremely lucid and simple language with least possible usage of subject specific jargons, thus making it quite amenable to the needs of a general reader. If Mill was ‘a prophet of empty liberty’, Fukuyama is a ‘prophet of modern liberal etiquette’.

Aruna Asaf Ali: One of the few politicians from non-communist parties who pledged an active support to the naval ratings in the 1946 naval mutiny
Elinor Ostrom, the first woman Nobel laureate in Economics, who taught ‘Governance of the Commons’ to the world
Comment