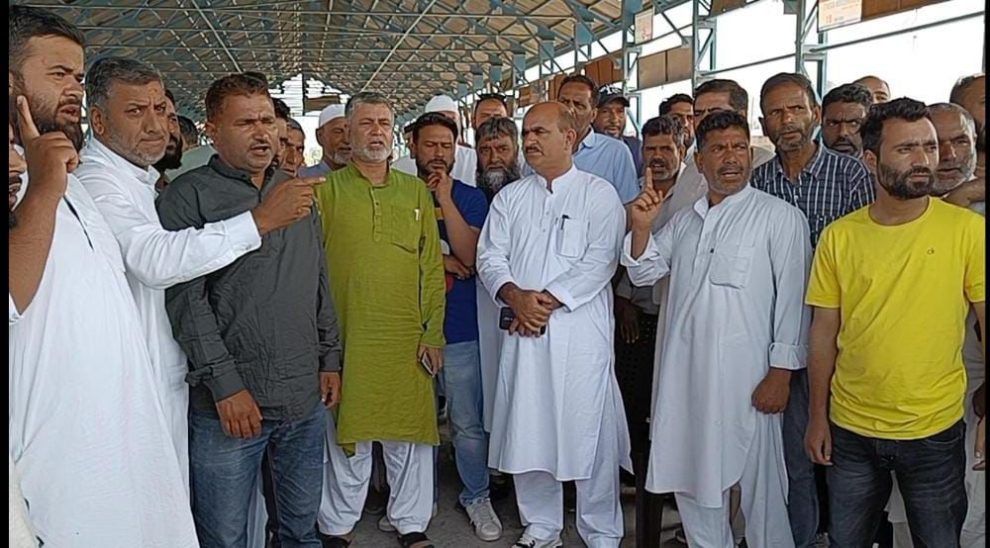 SRINAGAR: Fruit growers and dealers of north Kashmir on Saturday held a peaceful protest at Fruit Mandi Sopore over stoppage of fruit-laden trucks along Srinagar-Jammu National Highway in view of the Amarnath Yatra.

Reports said that the fruit growers and dealers held a peaceful protest and urged the LG administration to allow smooth passage of fruit-laden trucks on the national highway.

They said that they have already suffered huge losses over the past several years and now they have to face more losses if fresh fruit-laden trucks are not allowed smooth passage along the highway.

They also said that that they welcome Amarnath pilgrims but they should not be made to suffer at the cost of yatra.

They added that they have been in touch with the administration for the last several days but nothing has been done as yet. Meanwhile, the protestors urged Lieutenant Governor Manoj Sinha to intervene into the matter and order smooth and hassle-free movement of fruit-laden trucks on the national highway so that they don’t suffer anymore losses—(KNO)