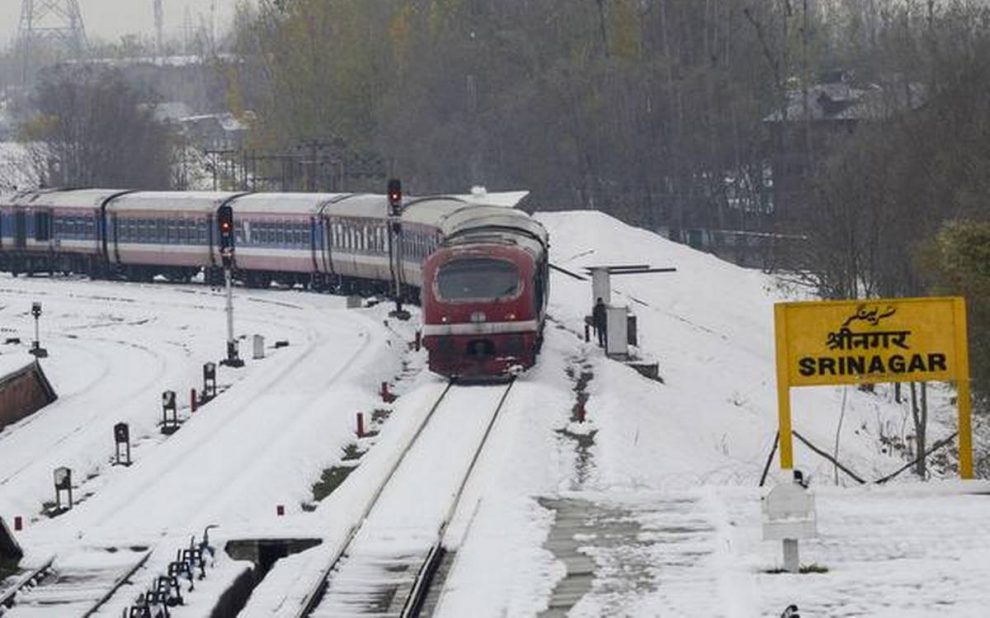 Srinagar: All 15 train stations in the Kashmir valley, from Srinagar to Anantnag to Budgam, have been integrated with the Railwire WiFi network, the Indian Railways announced in a statement on Sunday. Union railway minister Piyush Goyal made the announcement on the occasion of World Wifi Day on June 20, and said that all 15 stations in Kashmir, including Srinagar, have now become part of the “largest integrated public Wifi networks in the world”.

“Today, on World Wifi Day, I am delighted to announce that Srinagar and 14 stations of the Kashmir Valley have become a part of one the largest integrated public Wifi networks in the world, connecting 6,000 plus stations across the country,” announced railway minister Piyush Goyal.

According to the Indian Railways statement, the 15 stations in Kashmir valley which are now Wifi-ready are — Baramula, Hamre, Pattan, Mazhom, Budgam, Srinagar, Pampore, Kakapora, Avantipura, Panzgam, Bijbehara, Anantnag, Sadura, Qazigund, and Banihal. With this step, all the stations of the Kashmir valley now have public Wifi.

“It is a crucial step for the Digital India mission and will go a long way in connecting the unconnected. I convey my appreciation to the team Indian Railways and RailTel, which has worked tirelessly to achieve this remarkable feat,” the minister said.
Before this, WiFi service in Jammu and Kashmir was only limited to the Jammu, Kathua, Budhi, Chhan Arorian, Hira Nagar, Ghagwal, Samba, Vijaypur, Bari Brahman, Jammu Tawi, Bajalta, Sangar, Manwal, Ram Nagar stations. RailTel is the official WiFi service authorised the Union ministry of railways to integrate train stations in India with high-speed internet.

“The Indian Railways, in association with its RailTel Corporation of India Ltd, is playing a key role in bringing high-speed Wifi to every corner of the country,” Goyal said, adding, “The vision was to convert the platforms into platforms for digital inclusion. Today, the Wifi network is spread over 6,000 stations across the country and this is one of the largest integrated Wifi networks in the world.”