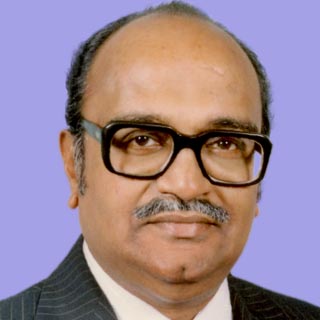 From Purdue to ISRO

Inspired by the vocation of my parents, I had gone to the US to qualify to become a great teacher in a higher institute of technology in India, like my role model Dr A. Ramachandran of IISc. A simple advertisement in India News in 1964 unexpectedly changed the direction of my life.

During my college days, I was interested in learning about research programmes in the science and technology ministries of our country, especially in the fields of atomic energy, space and defence. I fervently wished to contribute to national progress in an academic institution of repute, in the specific area of my expertise. I learnt about the successful launch of Nike-Apache, a two-stage US rocket from Thumba on 21 November 1963, marking the beginning of the Indian Space Programme. In the process of the launch, TERLS became operational under INCOSPAR, which had been established in 1962, with Dr Vikram Sarabhai as the Chairman. Little did I know then that I would soon be associated with the programme.

In 1964, during my studies at Purdue University, I came across an advertisement of INCOSPAR in India News, a periodical the university received from the Indian embassy. The advertisement mentioned the beginning of an ‘Indian Space Programme’ and invited applications from Indian nationals keen to work in different disciplines in space science and technology in the country. I sent in my application. Later, while I was working at FluiDyne Engineering Corporation, INCOSPAR contacted me for an interview with Dr Vikram Sarabhai at the Indian embassy in Washington DC. In 1965, I had a brief interview with Dr Sarabhai. Dr Upendra Desai of the Physical Research Laboratory (PRL), then on a deputation to the Goddard Space Flight Center of NASA, assisted Dr Sarabhai in the selection process.

On the date of the interview, all the candidates were waiting in front of the embassy. Dr Sarabhai walked towards us and introduced himself. No Indian official accompanied him. His simplicity and pleasant manners impressed everyone. In the course of the interview, Dr Sarabhai briefly summarized his plans and the challenges that lay ahead for the nation. He further asked each one of us about how we could contribute to the space initiative. The same afternoon, around 4 p.m., Dr Sarabhai met all the candidates shortlisted, held further discussions with each of them individually, finalized his selection and offered those chosen various positions at Thumba.

A group of six was recruited from the US: Dr S.C. Gupta, Dr D. S. Rane, Dr Y.J. Rao, Dr M.K. Mukherjee, M.C. Mathur and myself. It must be noted that this interview was not against any specified number of posts or grades in salary. I was the youngest of the lot with the lowest pay, but the remuneration was normalized at the end of the first year of employment.

Since I had a pre-existing commitment to a NASA project at FluiDyne, I was granted permission to join INCOSPAR after its completion.

Around the same time, Dr Sarabhai recruited R.M. Vasagam, K. Kathirvel, R. Vivekanandan, S.N. Prakash and Dr C.V. Ouseph in India. Subsequently, Dr V.P. Kulkarni from the USSR, Dr C.L. Amba Rao from the US and Dr V.R. Gowariker from the United Kingdom (UK) also joined our team. The professionals handpicked by Dr Sarabhai from all over the world possessed the knowledge, skills and expertise to evolve and implement the Science and Technology (S&T) projects relevant to the Indian Space Programme. We were the pioneers appointed at the Space Science and Technology Centre (SSTC) in 1967 under the guidance of Dr Sarabhai, who initiated the space research programme at Thumba. We converted the challenges in the formative stages of the Indian space venture into excellent opportunities with the support of Dr Sarabhai and the ISRO management.

I reported for duty in April 1966 to H.G.S. Murthy, Director, TERLS, at Thumba and started my work at ISRO in the area of propulsion. Thus, at twenty-seven years of age, I moved from the east coast to the west coast and eased into the beginning of my professional stint in India. Little did I know then that the bulk of my career would be in this capital city of Kerala on the coast of the Arabian Sea.

Dr Sarabhai formulated the Indian space policy, which was definitive for years to come and would inspire all of us: ‘There are some who question the relevance of space activities in a developing nation. To us there is no ambiguity of purpose. We do not have the fantasy of competing with economically advanced nations in the exploration of the Moon or the stars or manned space-flights. But we are convinced that if we are to play a meaningful role nationally, and in the community of nations, we must be second to none in the application of advanced technologies to the real problems of man and society.’

His striking personality influenced many of us to work with him in the Indian Space Programme for decades, to envisage and participate in the phenomenal growth of the organization and its consistent contribution to national development.

Excerpted with permission from From Space to Sea: My ISRO Journey and Beyond, Abraham E. Muthunayagam, HarperCollins India. Read more about the book here and buy it here.

Join The Dispatch Whatsapp Group to stay updated
The Dispatch is present across a number of social media platforms. Subscribe to our YouTube channel for exciting videos; join us on Facebook, Intagram and Twitter for quick updates and discussions. We are also available on the Telegram. Follow us on Pinterest for thousands of pictures and graphics. We care to respond to text messages on WhatsApp at 8082480136 [No calls accepted]. To contribute an article or pitch a story idea, write to us at [email protected] |Click to know more about The Dispatch, our standards and policies
TagsAbraham E. Muthunayagam From Space to Sea: My ISRO Journey and Beyond HarperCollins India Memoir