It was on this day (12th January) in 1863 that Swami Vivekananda was born as Narendranath Datta at 3 Gourmohan Mukherjee Street in Calcutta. Shri Ramakrishna Paramhansa inspired and influenced him.

On 11 September, 1893 Swami Vivekananda attended the Parliament of the World’s Religions as a speaker, representing India and Sanatan Dharma. There were 7000 attendees from across the world in the meet. Bowing to Maa Saraswati, he overcame his nervousness at the dais and started with “Sisters and brothers of America!”, which immediately received a two-minute standing ovation from all the 7000 attendees.

In his speech, Vivekananda spoke about India as “the most ancient order of monks in the world, the Vedic order of sannyasins, a religion which has taught the world both tolerance, of and universal acceptance”. He also quoted verses from the ‘Shiva Mahimna Stotram’. His speech was received with great applause; it hit the news headlines for several days. He was the subject of discussion for years together.

Attached are images of Vivekananda Rock Memorial in Vavathurai, Kanyakumari, Tamil Nadu that me and my husband visited few years back. It was on this rock that Swami Vivekananda attained enlightenment. This memorial, built in 1970 in honour of Swami Vivekananda, has two structures – Vivekananda Mandapam and Shripada Mandapam. 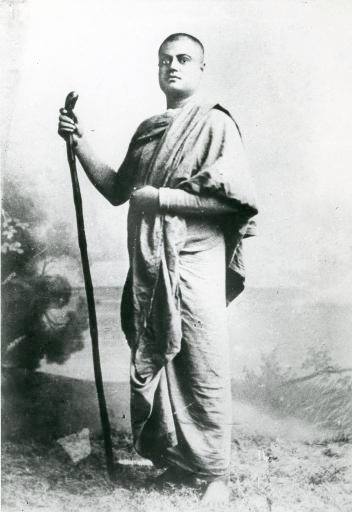