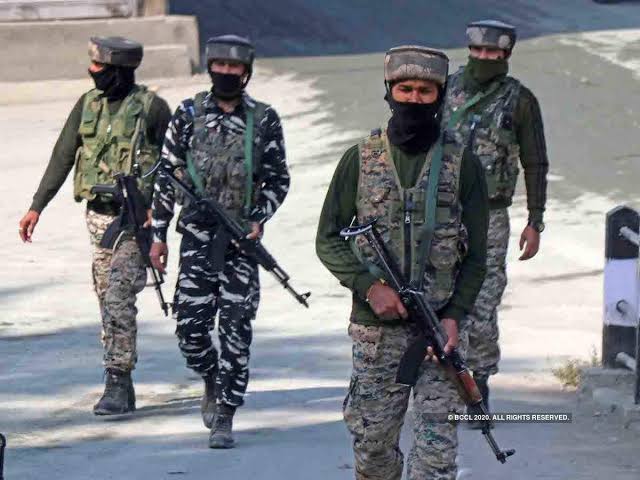 Anantnag : There was the young man who surrendered after he spent a night on a tree to hide from a bear on the prowl and felt his militant recruiters had left him to die and another, so moved by the entreaties of his parents that he laid down arms right in the middle of an operation.

The stories of the 17 recruits to the militant movement who took the decision to surrender their arms to the Army officials this year are varied but their subtext is the same the desire to return to the mainstream. Officials said the Army has been focusing on surrenders and has had many successful counter-terror operations in the Valley, especially in south Kashmir.

Three months ago, a 24-year-old from the Valley was persuaded to join militancy by a local militant Abbas Sheikh. He was given a grenade and designated a member of The Resistance Front (TRF), a shadow group believed to be a subsidiary of the banned Lashker-e-Taiba terror outfit, officials said.

The disenchantment set in soon after, they said. The youth, whose identity is being kept under wraps, spent a night on a tree, tired, hungry and fearful of a wild bear who lay in prowl. He had been roaming the jungles of Kokernag when he encountered the bear.

“The bear ran after me and I managed to climb a tree. I was on the tree the entire day and night on an empty stomach with a grenade in my hand. I realised that our mentors are making fools of us,” he is quoted as saying in his interrogation report.

It was a turning point. He gave up his arms at a nearby Army unit in the interiors of south Kashmir. He was promised that he and his family can now lead a normal life. Details of his surrender are not being divulged, said a senior official.

In another incident on December 22, troops of the 34 Rashtriya Rifles received information about the presence of two Lashker-e-Taiba terrorists at Tantraypora in Kulgam district.

The two terrorists were identified as Yawar Waghey and Amir Ahmed Mir.

“As we launched the operation, we came to know that both were locals who had joined the ranks of terrorists a couple of months ago, an official said.

Efforts began to identify their families and get their parents to appeal to them to surrender.

“Waghey’s elderly father and mother made appeals to their son and finally he came out and surrendered before the troops. We requested Mir’s parents to do the same and he, too, came out and laid down his arms,” an official said.

There is a video capturing the moment of Waghey’s parents with their son. It shows Waghey’s mother kissing him on the forehead while the father reassures both that the Army was there to protect them and would take care of them. “…Tell them everything and you will soon have meals with us,” the father tells the son.

Among the 17 militants who surrendered this year was Shoiab Ahmed Bhat of the Al Badr terror group in August this year. He was part of the group which had killed a jawan of the Territorial Army in south Kashmir’s Shopian district.

On Saturday, Army troops made a desperate attempt to persuade terrorists to surrender during an operation at Kanigam in Shopian district. However, the terrorists did not heed to the request and were subsequently killed, officials said.