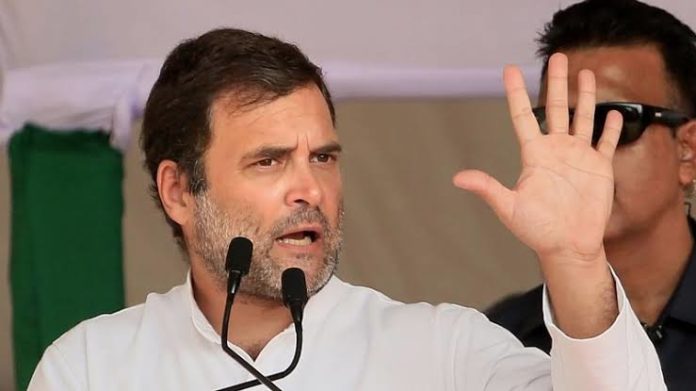 Gandhi also targeted the media in the country and alleged that it was working for a few ‘Indian industrialists’.
“People watch television and only Narendra Modi’s face is being featured on the screens 24/7 but you won’t see the faces of Hemant Soren or Rahul Gandhi. Is the media for farmers, labourers or the unemployed youth? Media is working for the owners of Narendra Modi. The media belongs to some 10-15 Indian industrialists that’s why Rahul Gandhi’s face won’t be featured on the television screens,” said Gandhi.

“If someone wants to see Rahul Gandhi’s face, visit a farmer’s household and ask them who is working for the welfare of the farmers and they will take Rahul Gandhi’s name,” he added.Earlier on Thursday while addressing a public rally at Rajmahal too Gandhi lashed out at Modi, saying the latter wants to create an India that is “scared” where people are “weak and divided”.

“Narendra Modi wants an India that is scared. He wants the people of India to be weak and divided. He has become the Prime Minister only by dividing people on the basis of religion, caste and region,” he said.
Attacking the BJP-led Centre over inflation, Gandhi said that Prime Minister is in “some other world” at a time when common people were bearing the brunt of price rise.

The Assembly elections in Jharkhand became a multi-cornered fight with the All Jharkhand Students Union (AJSU) breaking off from BJP to fight the elections on its own and other regional parties such as JVM among others already in the competition.Congress, Rashtriya Janata Dal (RJD) and the Jharkhand Mukti Morcha (JMM) have entered into a coalition to defeat the BJP, which is seeking to return to power under incumbent Chief Minister Raghubar Das.
The first phase of the election in the state took place on November 30 while the second round was held on December 7.
The fourth phase will be conducted on December 16, and the fifth and last phase on December 20. Counting of votes will take place on December 23.