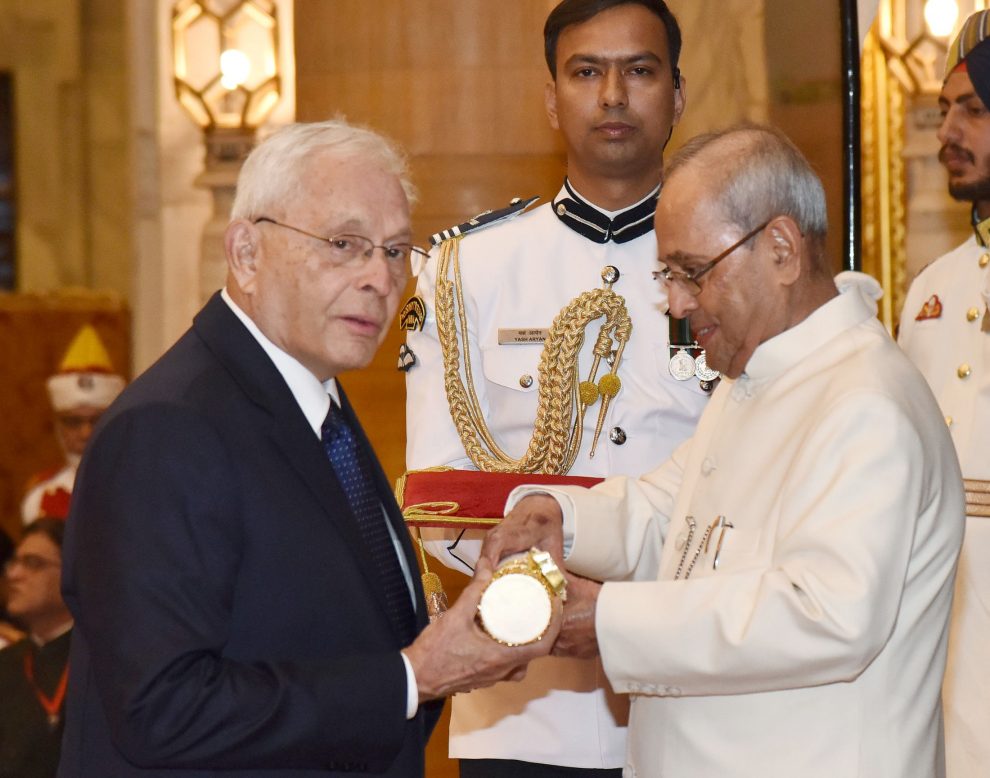 Whenever people tell me that I did the first laparoscopic cholecystectomy (removal of the gall bladder) in the developing world, I say, ‘No, it was not done by me. It was done with the surgical team of Ward 19A at the JJ Hospital, Bombay, supported by the anaesthesia team, the nurses and the ward staff.’ Like many events in my surgical career, my introduction to laparoscopy was purely by accident.

In December 1971, I was waiting outside the OT at Breach Candy Hospital, about to go into surgery. Normally, the anaesthetist, Dr Gulab Bhagat, would always be there before me, but on this occasion, he was delayed. Fidgeting, I peeped into the adjacent theatre and saw Dr Nergesh Motashaw conducting a procedure with one eye to a telescope. I asked her what she was doing and she replied that she was doing a laparoscopy. I had never heard that word before. I asked what laparoscopy was and she asked me to take a look. I scrubbed and put my eye to the telescope. I was flabbergasted by what I saw. The entire pelvis was illuminated, with perfect anatomy, colouring and presentation. I requested Nergesh if she could reverse the table tilt. She readily agreed and when the head end was raised, I saw the liver, stomach, duodenum, gall bladder, spleen, colon, bowels, diaphragm, omentum and the entire abdominal anatomy, just as I would have seen during an open surgery. Moreover, the view was complete with magnification, perfect light and vision! It immediately struck me that this was the ideal method of diagnosing patients who came with abdominal symptoms. I have always thanked Dr Bhagat for coming late that day because that opened a new vision for me.

After getting the details of the equipment, I wrote to Karl Storz, the equipment manufacturer in Germany. In those days, the import duty for medical equipment was so prohibitive that it was cheaper for Khorshed and me to go to Germany, buy the equipment and bring it back ourselves.

In February 1972, Khorshed and I drove from Frankfurt to Tuttlingen in a red Japanese car—the cheapest and smallest car we could rent. When we arrived, we were shown up to the office of Mr Karl Storz—big-built, six-foot-four and stern-looking. Since, at that time, no surgeon was using a laparoscope, he took it upon himself to show me his equipment. He had set out the entire range required for diagnostic laparoscopy and explained the workings of the first and the simplest instrument, the Veress needle.

Like any true Indian, the first question I asked him was how much it cost. When he told me, I started haggling. ‘It’s too much for a simple needle!’ I told him. ‘Surely, you can reduce the price?’

Storz wouldn’t budge. ‘Professor Udwadia, fixed price . . . always at Storz,’ he replied curtly. And so it went on. With every new piece of equipment that he showed me, I would ask the price and request a reduction, and he would say the same thing, ‘Fixed price … always at Storz.’ He was getting increasingly irritated, and when we finally came to the telescope, he snapped, ‘If you want it, you pay for it!’

Presently, it was time for lunch. Probably feeling that I didn’t have much money, he offered to take us out for a meal at a nearby restaurant.

As we were walking through the parking area, he stopped in front of my small red car and shouted, ‘This is not possible, this cannot happen in Germany! A Japaneeeese car in Germany!’ I said it was the only car I could afford to hire. He looked at me as though I was something the cat had dragged in. During lunch, he spoke only to Khorshed.

On the walk back, he told me, ‘You, a surgeon, want to buy a laparoscope, when you know nothing about laparoscopy? I will show you some movies made by the gynaecologist Dr Kurt Semm, so that you understand what a laparoscope is and how it is to be used.’

When we got to the office, he said, ‘You are fortunate. We have got a new film projector.’ At that time, most teaching films were shot on 16 mm film and loading them on projectors was quite a hassle. Since the loading was taking a long time, I walked over to take a look at the projector. When the loading was over, I said in a very harsh, loud voice, ‘Mr Karl Storz, this is not possible. This cannot happen in Germany . . . a Japaneeeese projector in Germany!’ The projector was a Fuji!

Storz turned red with anger, got up and came to me. As his large frame bore down on my relatively smaller one, it struck me that I wouldn’t need the red car to go back to Frankfurt—I would be going back in an ambulance. Suddenly, Storz burst out laughing. He laughed and laughed and between the Japaneeeese car and the Japaneeeese projector, we forged a friendship with him and the entire Storz family that lasted for fifty years. He did not reduce the price of the equipment, though.

Since I was not buying the insufflator, which was the only large instrument, the equipment we purchased could be put into Khorshed’s suitcases, secreted between her sarees and dresses. I had no compunction in smuggling the equipment into Bombay because it was going to be used for poor patients in a teaching hospital with no financial return to me.

From the time I bought Storz’s equipment in 1972 till 1990, when the JJ surgical team did the developing world’s first laparoscopic cholecystectomy, I used laparoscopy only for diagnosis. I would perform these procedures using local anaesthesia without making a large incision on the abdomen— often as an outdoor procedure—to make a straightforward visual diagnosis. I would also, if needed, photograph, document and biopsy the pathology for final diagnosis.

Initially, every surgeon thought that laparoscopy was an exercise in futility, but several honorary physicians from JJ Hospital started referring their gastrointestinal cases to me. The residents were delighted because they were getting into a totally new field of surgery, which possibly had great future significance.

Though this technique was not well-received in large cities because surgeons thought it was a totally inadequate procedure, it was welcomed in small towns and rural areas. From 1975, I started travelling with this equipment to spread the importance of diagnostic laparoscopy to surgeons who had no investigative facilities and could use it as an essential and cost-effective diagnostic tool. In the process, I travelled throughout the country, north to south, east to west. Later, I wrote a paper on 3000 cases of diagnostic laparoscopy that was published in Surgical Endoscopy. We showed that even after including the cost of repairs to the laparoscopic hand instruments and new bulbs for the light source, the total expenditure on the equipment, when spread out over 3000 cases, came to less than `10 per patient, making this technology easily affordable in a developing country.

When our paper was sent for publication, it was accepted with just one comment: one of the reviewers said that it was not possible to use the same telescope for eighteen years. I explained how a telescope could be used for that length of time and the journal published my response. Every bit of equipment that we purchased in 1972 was in perfect working condition till 1990. Of course, the equipment was handled gently, as if it were a newborn baby, by the unit surgical staff. Shankar, the head OT assistant, cleaned the equipment even more meticulously than I did.

Laparoscopy gave me the benefits and rewards of travelling through small-town India. I went ostensibly to teach, but after coming back from every place I visited—be it a small town, a rural area or a tribal region—I returned humbled and educated and inspired to do even more because I saw what could be achieved in the face of a total lack of facilities. Diagnostic laparoscopy would also help prepare the ground for the avalanche of laparoscopic cholecystectomies that was soon to follow.

By the time the idea of laparoscopically doing a cholecystectomy started to gain traction, I had the advantage of having done both diagnostic laparoscopy on over 2500 patients and having performed several open cholecystectomies over a twenty-seven-year period. This gave us a head start. In theory, all I had to do was combine the two approaches. But of course, in practice, it wasn’t that simple.

Excerpted with permission from More than Just Surgery: Life Lessons Beyond the O.T., Dr Tehemton Erach Udwadia, Penguin India. Read more about the book here and buy it here.

“Birdwatching”: Stephen Alter’s new novel is set against the backdrop of the Sino–Indian war of 1962
‘What are the ethical boundaries of friendship and intimacy between a student and a teacher?’: Saikat Majumdar’s new novel asks this question
Comment