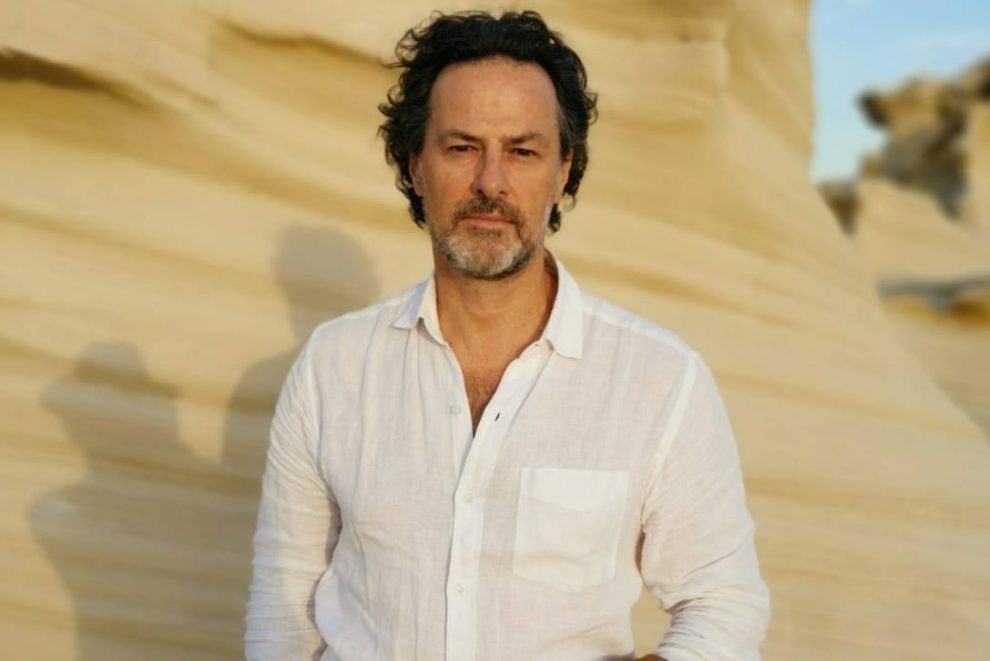 Sean is still upstairs. Patrick keeps checking the building’s door to see when his friend will open it. Sean always keeps his friend waiting in the car.

Patrick will text him laconic: ‘Here.’

Sean will text back: ‘Coming.’

And then it will take him another ten minutes for Sean to get downstairs.

‘Everything okay?’ Patrick says once Sean sits in the passenger seat and buckles up, bringing into the car a mix of a pleasant aftershave and a slight halitosis.

‘Yeah, all good. I was on the phone with Clara and when I get to the elevator the signal gets cut off, so I had to finish my conversation before coming down.’

‘Sure, no problem,’ Patrick says and takes off a bit too abruptly, considering his smooth driving style.

‘Clara. We’re kind of back together now, after I made her move out when I had … well, you remember. She’s volunteering in a dog shelter now.’

‘That’s good, she’s a natural when it comes to caregiving.’

‘She is. Look, I don’t care about any of that. What if she wants to play mother with me? It’s fine.’

‘She says I need a job. Like, a real one, not the freelance stuff I do from home. I need an office, a school where I can teach. I tried. It’s not easy, never lasts, doesn’t help. Then I come home, collapse on the kitchen floor, eyes closed, can’t move. I’m on the third shrink in two years. Keep saying to myself I shouldn’t feel guilty about not having a job and feeling like a constant failure since I achieved nothing in life.’

‘We all feel like that. But the rest of us doesn’t care. You do. That’s the difference. No more lithium?’

‘No more chemicals, they drive you mad.’

Patrick and Sean were so engrossed in the conversation they had barely noticed the blood sky of the lurid sunset surrounding them. Plunged in their own words, as if those conversations could bring them out of this feeling of sinking in a maelstrom.

‘I always feel like I should be getting you out of these ruts. But it’s not working. Not any longer.’

‘You remember the best friend I had before meeting you?’ Sean asked. ‘The one who died of cancer.’

‘Last time I saw him he gave me something. A totally pointless object, I thought. But, whatever, it’s what he left me, so I have cherished it for so long. What mattered was not what it was for but that he gave it to me. It could have been anything.’

They were back on Patrick’s street, now, after the long, aimless drive which they took just to be together, to catch up while sheltering from the cold.

‘Sorry about what I said earlier. I am grateful for your help, always. Even twenty years ago when I was about to … you remember. But nothing has changed with me. I have recently realized I’ve always been like this.’

Sean pulled something out of his pocket and handed it to Patrick. It was a strange, round plastic thing with a flat base. It looked like it had a cut right across it. Sean thought it looked like the chopped snout of a sand-coloured Kermit the Frog. It had a bureaucratic beige hue.

‘It’s a single-sheet paper holder. You can slide a single sheet in it when you are trying to transcribe something or if you’re playing music. It will make the sheet stand straight up. It’s a silly thing but…’ Sean broke out crying. Patrick was puzzled.

‘What are you saying? Don’t do this…’ Patrick said.

Speechless, Patrick held the strange paper holder in his hand. It was heavy, probably made of iron and covered in plastic, he thought. Sean hugged Patrick, crossing over the stick shift and handbrake, and squeezed hard in a tight grip of desperation. Then, as Sean was sobbing, unexpectedly, he kissed Patrick’s cheek, something that had never happened before.

Speechless, Patrick held the strange little paper holder in his hands. Sean opened the door and disappeared into his building.

As Patrick was driving towards his home, he was puzzled but also drained. He felt he had done enough saving of Sean’s life. Enough. It was too much. And plus, it didn’t seem to work.

Three weeks went by. He did not hear from Sean. He was always afraid he might get a call from Clara or from Sean’s mom announcing his friend had ended it. Patrick called him. ‘I don’t have enough strength to even talk now, forgive me,’ Sean said and hung up.

He called back two weeks later. Sean’s tone, over the phone, seemed less morose. He was trying to go for walks, he said. The therapy seemed to be working. The clinical diagnosis was clear. He was relieved.

The time came to go for another drive. They decided that this time Sean would pick up Patrick. Quite unusual. ‘Your driver is here, sir,’ the text message said. Sean was smiling when Patrick got in the car.

‘I am having a season of relative stability.’

‘I’ve understood something. I thought about you and Clara and how all of you, who are normal, are able to do it, how you manage to stay alive, to delude yourself that this thing, this life, has any meaning. The secret is to pretend you are a saviour, not a victim. You don’t even need to become one. Just pretend. It’s all about how you tell yourself who you are. The problem with me is I can’t bullshit myself well enough. Act your part. That’s the secret.’

‘Realizing you can try to help other people made you want to live? But you’ve always been generous as a friend, a partner to Clara, you are not self-centred at all.’

‘But did you just wake up one day and realize this?’

‘Something happened. Clara hurt her foot. She had to have surgery. She still can’t move. She can’t come over to the house and have dinner with me, can’t drive to work, can’t be my nurse, my caring mother figure she likes so much to be. She’s now like me, in a way. A victim. Stuck. Her immobility has given me a chance to make myself feel indispensable. Her broken foot has cured me!’ Sean smiled, then he laughed out loud.

Suddenly, Patrick felt sad. He should’ve been happy for his friend’s recovery. For the fact he not only did not kill himself but was finally in good spirits, driving, joking, laughing.

Something was wrong, Patrick thought. Was it the beginning of his own depression?

He thought it was not yet time to return the single-sheet paper holder to Sean. He would just hold on to it a bit longer. You never know. It made him feel good to have it.

Excerpted with permission from A History of Objects, Carlo Pizzati, HarperCollins India. Read more about the book here and buy it here.