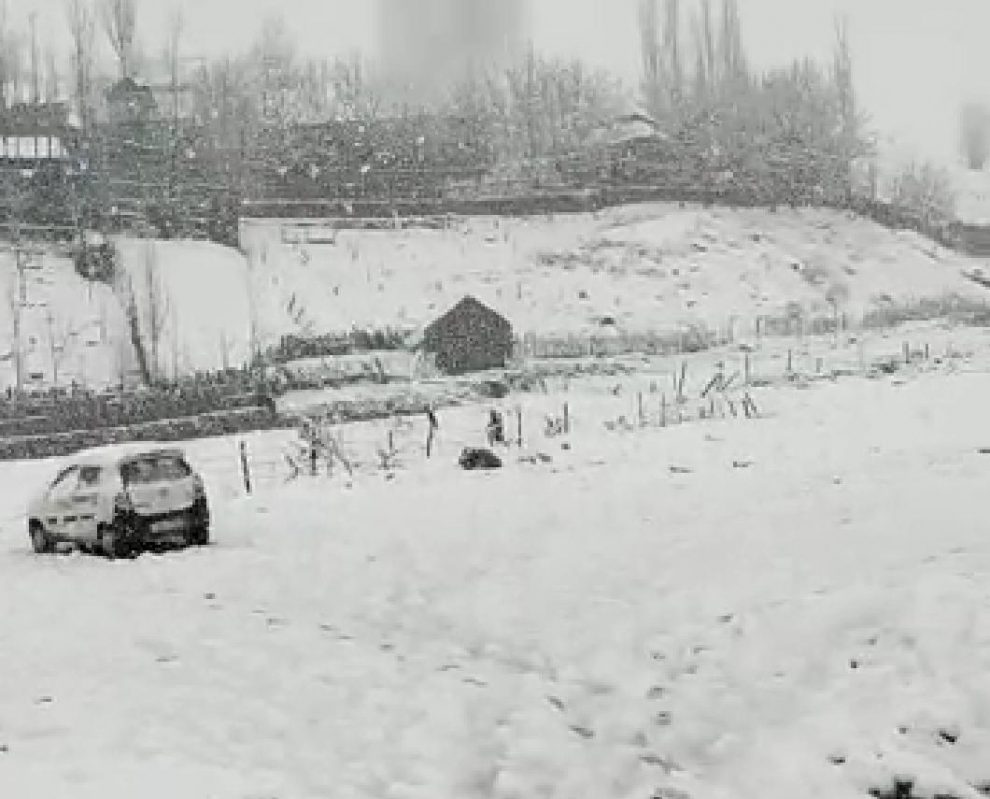 MeT warns of thunderstorms, lightening in most parts of Kashmir; Traffic movement on Bandipora-Gurez road restricted

SRINAGAR: The higher reaches of Kashmir including tourist resort Gulmarg and remote Gurez valley on Thursday received fresh snowfall while rains lashed the plains, resulting in a considerable dip in the maximum temperature.

An official told the news agency—Kashmir News Observer (KNO), that snowfall started in Gurez started at around 06 AM today, following which the traffic movement on Bandipora-Gurez road was restricted.

Reports said that higher reaches of Kashmir including the world-famous ski-resort, Gulmarg, Ganderbal and Machil in Kupwara also received fresh snowfall while rains lashed other parts of Kashmir valley.

Meteorological (MET) Department has said that light to heavy rain showers are expected over most places of Jammu and Kashmir during next 24 hours.

“Significant drop in day temperature, departure from normal up to -12.0°C. Hailstorm/gusty winds are possible at some places, ” the department said.

In another statement it said that rain and thunderstorm at many places of J&K and snowfall over higher reaches of Kashmir and Drass -Zojila area likely to continue till evening.

It warned that there is high probability of thunderstorm with lightning in most parts of Kashmir, Ramban-Banihal, Poonch-Rajouri areas during the next few hours—(KNO)