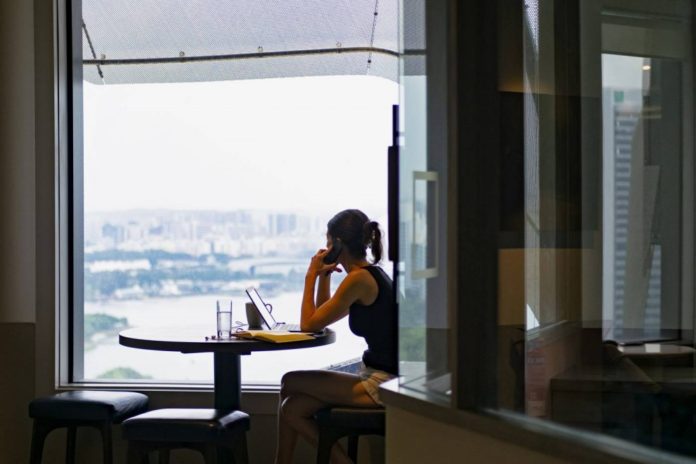 The system comprises 24 small speakers fixed to the window grille, and a microphone placed outside the window, according to a study first published in the Scientific Reports journal.

When the microphone detects sounds, the speakers emit “anti-noise” sound waves that cancel the noise, reducing the volume of sound entering the home – much like noise-cancelling headphones do – even with the window open.

In tests, the system was found to reduce up to 10 decibels of sound in the frequency range of typical urban transportation noise, including highways, overground trains and aircraft, according to the study’s lead author Bhan Lam.

“Typical fixtures like noise barriers can be difficult to implement in land-scarce cities. Shutting the window is usually the last resort, at the expense of natural ventilation,” he told the Thomson Reuters Foundation on Thursday.

Noise pollution is often overlooked by city authorities, but has severe health impacts including hearing loss, cardiovascular disease and sleep disorders, according to the World Health Organization.

The Quiet Coalition, a Massachusetts-based non-profit, describes noise as the “new secondhand smoke”.

A 10-decibel reduction in noise exposure levels could translate to a 7% to 17% decrease in associated health risks such as hypertension and heart disease, according to Lam.

An advantage to Lam’s system is that it also allows for windows to be kept open for natural ventilation, as more people in the region switch on air-conditioning to cope with rising temperatures and worsening air pollution.

“The unfortunate byproduct of having more openings for natural ventilation is increased noise,” Lam said.

“In Singapore, the urban heat island effect is exacerbated by the use of air-conditioners. Hence, natural ventilation is one of the most sustainable options for cooling,” he said, referring to warmer temperatures linked to the built environment.

Due to the small size of the speakers, Lam’s system cannot generate anti-noise efficiently at lower frequencies to eliminate sounds from heavy vehicles or big motorcycles.

But future versions of the system will tackle those frequencies, he said.

“We hope that we can at least provide a solution to combat extra noise to encourage adoption of natural ventilation for better public health.”