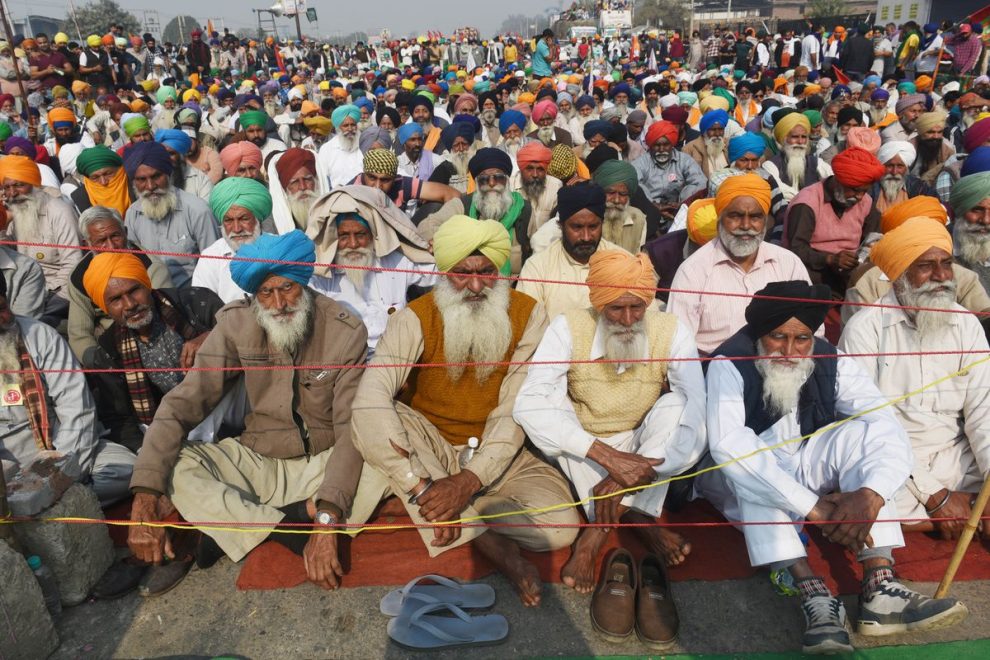 The farmers’ issue is getting both interesting and intriguing. With the new farm laws, foreign investors are bringing in more money and funding for warehousing is also increasing, though the farmer gets low returns. In the talks between the Government and farmer representatives, the farmers refused to accept Centre’s offer of a written guarantee on Minimum Support Price (MSP) and offer of levying cess on the new private mandis outside the APMC mandis. They allege that ingress of corporate is rising and a review is must. Importantly, the facts prove it.

Over the years, between 2013-14 and 2017-18, since farmers’ return on their produce started reducing, the foreign portfolio investment (FPI) got booming and funding for silo – giant steel structures for storing grains for a longer duration – construction increased.

However, since 1967, when APMC Act was enforced, never have farmers been at such a distress and confusion. Normally, despite not being able to sell at MSPs, they were not unhappy at the returns. The MSP decided a floor price and provided the bargaining strength to them against the market forces. In 2013-14, the paddy price was 58 per cent higher than average input and labour costs. This margin shrank to 41 per cent in 2018. The difference on maize reduced from 43 percent to 25.6 per cent.

Other crops such as wheat, moong, jowar, bajra, arhar, groundnut, gram, rapeseed, mustard, barley, cotton soybean also were noticed to be less profitable. Despite rise in the MSP, in the past five years the farmer’s actual income has not seen much increase.

The prices they get are less and as the cost is high, approaching international markets is not easy.

In this backdrop if it is linked to FPI, the trend is surprising. In June, 2020, the FPI was Rs 11,736 crore. It doubles to Rs 22,866 crore in July. The three farm laws were introduced as Ordinances on June 5. In August as the farm bills were introduced for passing by Parliament, the investments jumped to Rs 1,30,576 crore. About half the investments surprisingly came from two tiny countries, Mauritius and Singapore. Another large investor was Netherland.

These three countries have been the topmost foreign investors. These are destinations for round tripping – that is the funds are routed through these countries by various investors and supposedly include domestic ones (Indians) too. The investments are reportedly made in farms, toll roads, rail corridors, airports, ports, smart cities, film cities and similar ventures. Such investments have heavy baggage. The falling rupee-dollar parity and high sensex are linked to these maneuverings.

It’s said that 55 per cent of the foreign fund flow has reportedly gone to two western provinces, Maharashtra and Gujarat. Uttar Pradesh has got only one per cent.

The International Monetary Fund and Copenhagen University report says that 40 per cent of the total foreign capital comes from disguised sources. But international money flows like that despite many recent revelations. It is just not for tax saving but there are many other reasons. Many investors prefer to keep their footprints in shrouds to avoid competition and other strategic reasons.

The recent developments about the farm bills and construction of silos are also being linked. It is being said that silos in Panipat and Katihar were built by some industrialists during the past few years. The modern silos have been built in Madhya Pradesh, Tamil Nadu and Andhra Pradesh and are likely to come up in other States as well. Earlier, these warehouses were being built by Central Warehousing Corporation and Food Corporation of India (FCI) largely. As the need for storage is increasing the private sector has joined the efforts.

The change started in 2007. A Gujarat house has been building the silos for FCI. It has built such silos at Naultha and Jondhan Kalan, and Kaithal in Haryana and Punjab’s Moga. Some farmers alleged that now the farm produce would be straightway purchased by the business group as they could store as much as they wanted and the FCI would have to purchase it from it for releasing the requirements for public distribution system (PDS).

The Adani group on December 9 has clarified in its twitter handle: “The company has no role in deciding the volume of storages as well as the pricing of grain as it is only a service or infrastructure provider for the FCI.”

The National Agriculture Policy since 2003 envisages that private sector participation will be promoted through contract farming and land leasing arrangements to allow accelerated technology transfer, capital inflow and assured market for crop production, especially of oilseeds, cotton and horticultural crops.

The farmers’ apprehension of corporate ingress may not be incorrect. Many large companies have entered the area. It is also estimated that since most farm holdings are small, there is large attrition. It is estimated that 330 farmers leave their land every week. This void is likely to be filled up by the corporate.

There are many companies dealing or cultivating various corps. Many are listed on the stock exchanges. As of March 31, 2019, 7374 companies are registered in the farm sector. There are about 2000 farmer producer organisations registered with NABARD. On July 5, 2019, the Centre announced a plan to promote 10,000 new farmer producer companies over the next five years.

The corporate ingress has impact on farmers as well as consumers because the business pattern is to change. The government by the three new laws has sought to create a new situation. The farmers’ moves are not against reforms. The movement is apparently for the nation to chart out an informed course lest India becomes a Venezuela, which is facing man-made disaster with currency distortions and government takeover of food distribution. Since it is a critical issue, a detailed discussion and policy formulations are needed. For a reassuring national environment the three laws, having wider and larger ramifications need a review with farmers, political parties, and finance and market experts. Let the nation not shy away from understanding the problem for an apt solution.