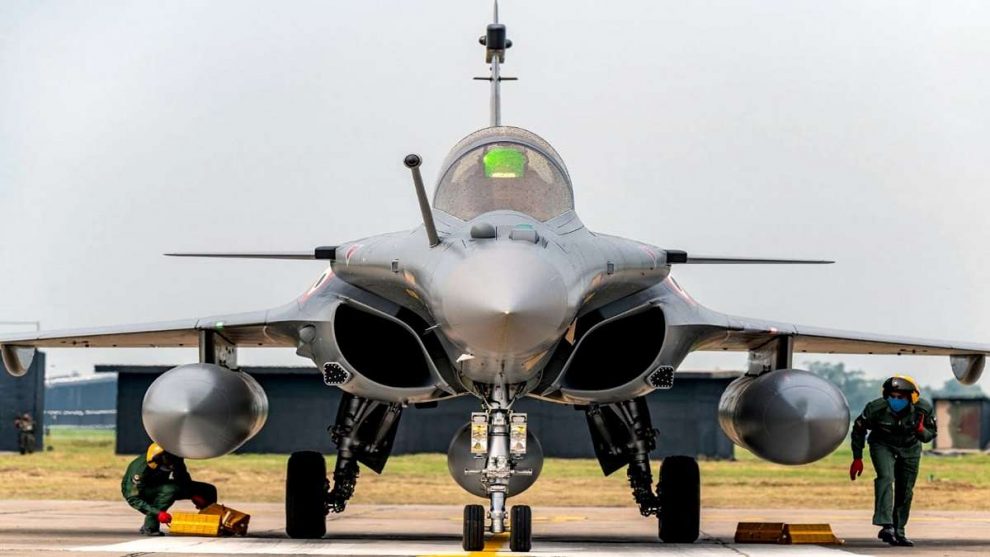 The fourth batch of three Rafale combat aircrafts will reach Gujarat from France this evening. According to reports, the United Arab Emirates (UAE) Air Force’s Airbus 330 multi-role transport tankers will provide air to-air refueling to the jets over the Gulf of Oman. Later, these three aircrafts will join the Golden Arrows Squadron stationed at Ambala Air Force station. AIR correspondent reports that, with the arrival of the new batch, the number of the Rafale aircraft will increase to 14.

AIR correspondent reports that according to the sources, these three aircrafts took off from Merignac airbase in France’s Bordeaux at 7am this morning and most likely to reach Gujarat around 7 pm today. The Indian Air Force is set to raise a second squadron of the Rafale combat aircraft in mid-April. India is expected to get more Rafale jets from France in the next couple of months.

A squadron comprises around 18 aircraft. The first batch of five Rafale jets arrived in India on 29th July last year. India signed an intergovernmental agreement with France to procure 36 Rafale aircraft. The formal induction ceremony of the fleet had taken place at Ambala on 10th September last year. The Rafale jets are India’s first major acquisition of fighter planes in the last 23 years after the Sukhoi jets were imported from Russia.