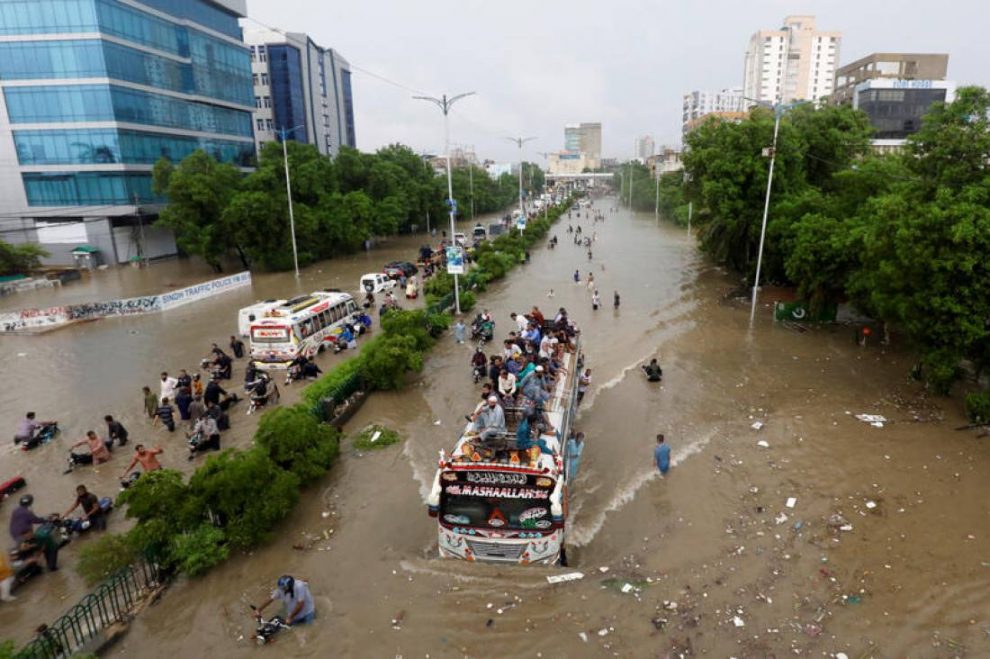 Srinagar, Mar 24: To strengthen the urban flood management infrastructure across the flood-prone areas of Srinagar, four mega drainage projected are being constructed under the Jhelum Tawi Flood Recovery Project financed by the World Bank.

A senior official of the Jammu and Kashmir Economic Reconstruction Agency (JK ERA) told the news agency that all four drainage projects have witnessed substantial progress and are set to get complete by the end of this year.

An official said that the construction of these four mega projects will give relief to lakhs of people in Srinagar who are vulnerable to flood due to the lack of a drainage system.

Official said the missing links zone-1 stormwater drainage scheme is being constructed at an estimated cost of Rs 54.7 crore and its length will be around 41 km including 33 km pipe drain, 5 km pipe drain.

The project which has a deadline of December 2021 will be served by the pumping stations constructed by J&K ERA under the earlier drainage projects.

An official said that it will benefit over lakh souls living in 40 residential colonies and will provide the mechanism for the scientific disposal of stormwater, thereby reducing the vulnerability to various communicable diseases.

Bonapora-Padshahi Bagh stormwater drainage will be around 13 km long and is being constructed at an estimated cost of Rs 28.74 crore and will also benefit thousands of people.

An official said that 82 dewatering pumps are also being installed in the city so that these pumps will work to help in dewatering from the concerned areas if a flood hits the city again.

“The pumps are equipped with the latest electro-mechanical equipment, submersible pumps, DG sets and transformers which will work automatically when the water level increases in the area,” an official told the news agency.

During floods, these pumping stations have control rooms and backup control rooms so that any pump can be operated from the room if a person cannot reach to the spot.

“The scheme costs Rs 103 crore funded by the World bank and implementing by Jammu and Kashmir Economic Reconstruction Agency and the deadline for this project is next one year,” he said.

Officials said scientific studies are also going on both Jhelum and Tavi along with radar surveys to furnish flood mitigation measures for the people of J&K.

“The work on all the projects is likely to be completed by end of this year,” an official said.