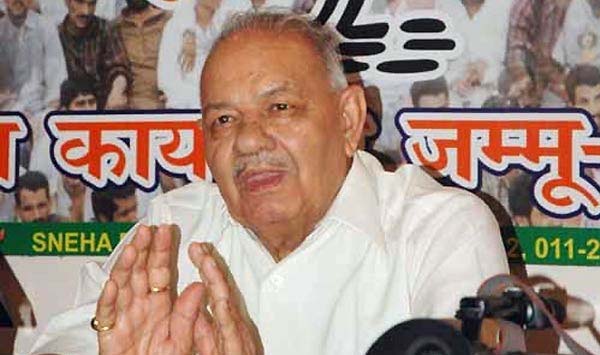 Gupta (87) is survived by his two sons and a daughter.

He had tested positive for COVID-19 on May 5 and returned from Narayana hospital on Sunday after successful treatment. His condition suddenly deteriorated in the wee hours and he breathed his last around 5.10 am, his elder son Anil Gupta said.

Born in Jammu on April 13, 1934, the Bharatiya Janata Party (BJP) leader was not in good health for the last couple of years as he was suffering from various ailments and was hardly seen in public life.

An author of three books in Hindi and a two-time J&K BJP president, he had completed his MSc from G M Science college Jammu and Allahabad University (UP).

The last rites of the deceased leader would be performed later in the day, his son said.

Lt Governor Manoj Sinha paid rich tributes to the departed leader and said he would be remembered for his immense contribution towards welfare of the people.

Deeply pained to hear about the passing away of former union minister, Prof Chaman Lal Gupta Ji. A seasoned politician & a widely respected public figure, his demise is a great loss to the political sphere, the office of the Lt Governor J&K said in a tweet.

In another tweet, it said he will always be remembered for his immense contribution towards welfare of the people. My condolences to his family and friends.