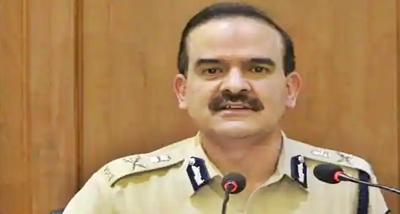 Former Mumbai Police Commissioner Param Bir Singh has moved the Supreme Court seeking a CBI investigation into alleged corrupt malpractices of Maharashtra Home Minister Anil Deshmukh. He also filed a petition before the apex court about his transfer to Home Guard Department. Singh alleged in his writ petition that another IPS officer Rashmi Shukla was shunted out when she pointed out the alleged malpractices of Deshmukh in postings to Additional Chief Secy and DGP Maharashtra based on telephonic interception.

The petition says that Shukla was shunted rather than taking any firm action against Deshmukh. Parambir Singh has also alleged in his writ petition that he was being pressurised by the state Home Minister to probe the role of certain leaders of Bharatiya Janata Party and somehow implicate them in the death of MP Mohan Delkar and give the entire episode a political angle. Singh has sought a stay on his transfer from the post of Mumbai Police Chief. Earlier today, Singh assumed office as DG Home Guard in South Mumbai.

Under flak for mishandling of the bomb scare outside Mukesh Ambani’s residence, the Maharashtra government on March 17 transferred Singh from the post and appointed senior IPS officer Hemant Nagrale, who was holding an additional charge of Maharashtra DGP, as the new commissioner of Mumbai Police.