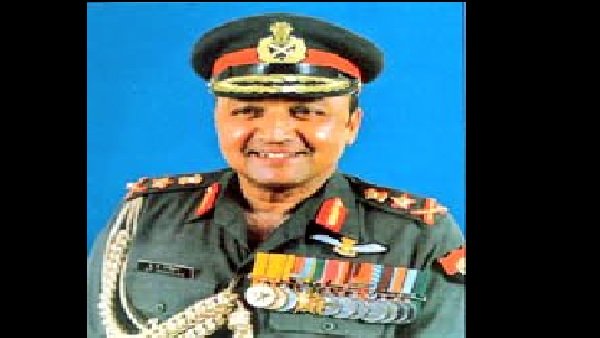 New Delhi: General (retd) Sunith Francis Rodrigues, who headed the Indian Army between 1990 and 1993 and served as the governor of Punjab between 2004 and 2010, passed away on Friday, an official statement said.

He had been admitted to the hospital for the last 15 days. “General M M Naravane, Chief of Army Staff (COAS), and all ranks of the Indian Army express heartfelt condolences on the sad demise of General Sunith Francis Rodrigues, who passed away today,” the Indian Army said on Twitter.

Known as a thinker and strategist, he leaves behind a legacy of utmost dedication and service to the nation, it noted.

In addition to his more than 40 years of illustrious service in the army, he served two terms on the National Security Advisory Board and was governor of Punjab between 2004 to 2010, it said.

“Since his retirement, he has been engaged in social and literary pursuits and has also delivered numerous talks on strategic issues,” the army said.

The nation and the Indian Army will always be indebted to his invaluable contribution and service to the nation, it said.