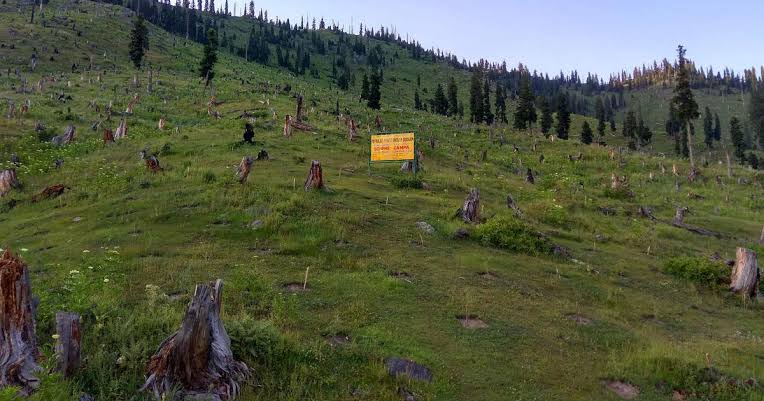 Jammu: Expediting the process for the implementation of Forest Right Act, the Jammu and Kashmir government has sought list of Forest Rights Committees for each Halqa panchayat by Jan 10.
“The district panchayat officers have been asked to submit list of Forest Rights Committees for each Halqa Panchyat duly elected as per provisions of Rule 3 of Scheduled Tribes and other Traditional Forest Dwellers (Recognition of Forest Rights) Rule 2007 by January 10, 2021,” the report said quoting an official .
“As per rules, the Gram Sabhas will be convened by the Gram/ Halqa Panchyat and in its first meeting it will elect from amongst its members a Forest Right Committee of not less than ten but not exceeding 15 persons as members wherein at least two third members will be the Scheduled Tribes, not less than one third of such members will be women and where there is no Scheduled Tribe, at least one third of such members will be women,” reads the communication forward to district Panchyat officers
“The Forest Rights Committee will decide on a chairperson and a Secretary of the Committee. The coram of Ghram Sabhas should be as per the provisions contained in the Panchyati Raj Act/Rules and District Panchyat Officer will submit resolutions of Gram Sabhas with the list of members of Forest Right Committees,” the communication further reads.
The Forest Rights Act of 2006 provides for granting of rights to forest dwellers across the country.
This central Act was, however, not applicable or implemented in Jammu and Kashmir in the last 14 years. It became applicable to J&K only after 31st October, 2019, hence, recognising the rights of forest dwelling communities for the first time in the Union Territory.
Under the Act, members of the Scheduled Tribes dwelling in the forests along with other traditional residents will have the right over forest land for habitation or self-cultivation or livelihood. “…ownership, access to collect, use, and dispose of minor forest produce, and entitlement to seasonal resources among others.
However, the rights conferred under this Act shall be heritable but not alienable or transferrable”
The Act also allows the use of upto one hectare of forest land for developing government facilities, including schools, minor water bodies, and hospitals, on the recommendation of a Gram Sabha.
The law empowers holders of forest rights and Gram Sabhas to protect the wildlife, biodiversity, catchment areas, and other environmentally sensitive areas. It further ensures that the habitats of forest dwellers are preserved from “any form of destructive practices affecting their cultural and natural heritage”.
The Jammu and Kashmir administration plans to complete by January 15, 2021, the “survey of claimants” by the forest rights panels for assessing the nature and extent of rights claimed at the village-level.
The sub-divisional committees were asked to complete the scrutiny procedure of claims and preparation of “record of forest rights” by January 31, 2021. Committees at the district-level shall consider and approve this by March 1, 2021.