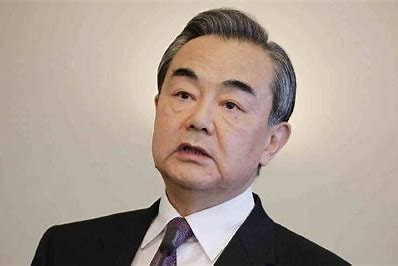 Avishka Ashok
Add Comment
Foreign Minister Wang Yi is on a tour to the Pacific Islands countries where he expects to enhance China's relationship with the countries.

On 16 May, China’s Foreign Minister Wang Yi and the Foreign Minister of the Solomon Islands Jeremiah Manele held a joint press conference and appreciated the enhanced relationship between the countries. Wang is visiting Solomon Islands, Kiribati, Samoa, Fiji, Tonga, Vanuatu, Papua New Guinea and East Timor as he tries to build a suitable position for China’s economic involvement with the Pacific Island countries. Kiribati, which had strictly closed its borders due to the coronavirus pandemic, made an exception for Wang Yi and his 20 colleagues in the delegation. They are expected to arrive at a consensus on sustainable fishing in the UNESCO protected Phoenix Islands in the country.

China’s “Four upholdings” for the Pacific countries
Wang referred to the growing relationship and said that China would continue to follow the “four upholdings” in developing its relations with the Pacific Island countries. The “four upholdings” refer to China’s practices in cooperating with the Pacific Island countries; which are upholding equal treatment, mutual respect, win-win cooperation and openness and inclusiveness in developing relationships. Wang Yi explained that China has always viewed all countries equally, regardless of their territorial size and political prowess. He also highlighted that China had never interfered in the political affairs of the countries nor sought its selfish interests in the region. Furthermore, he described China’s keenness in providing a win-win cooperation and building the infrastructure of the Pacific Island countries. Lastly, he stressed on creating an environment for cooperation and not destructive competition.

First, the countries agreed to strongly establish the political foundation of their bilateral relations. China pledged to firmly support Solomon Island’s sovereignty an independence while protecting each other’s core interests and paths of development.

Third, China and Solomon Islands agreed to participate constructively in the Global Development Initiative which had been proposed by China. China also promised to help rebuild the capital city of Honiara and continue the support provided for Chinese projects such as the 2023 Pacific Games Stadium and other healthcare and welfare projects.

Fourth, the countries agreed to help each other maintain a stable and steady domestic politics within the country; aiming at protecting the development paths of the countries. China therefore, pledged to continue to conduct law enforcement and security cooperation in Solomon Islands.

Sixth, China and Solomon Islands agreed to work together on Climate Change and provide support at an international level to enhance their capacities to cope with the impacts of climate change. The delegations identified marine protection, disaster prevention and mitigation, emergency responses and blue economy as the primary areas of cooperation.

Seventh, the countries agreed to cooperate on sub-national exchanges. Post the establishment of sister-city relations between Honiara and Jiangmen, more opportunities for exchanges at a provincial level have opened to the common people of the two countries. Wang Yi encouraged the establishment of sister-city relations with more cities in the two countries to advance the pace of sub-national exchanges.

Eighth, the countries decided to defend the interests of other developing nations and work towards true multilateralism. They pledged to fight against zero-sum games, bullying, coercion, interference in internal affairs and sincerely uphold the international system by safeguarding the legitimate rights of the developing countries.

China Reader Daily Brief is a new initiative from the NIAS course on Global Politics at the Science, Technology and International Relations Programme at the National Institute of Advanced Studies (NIAS). The course provides an introduction to Contemporary World Affairs with a research focus to identify, analyse, and forecast trends in world politics.