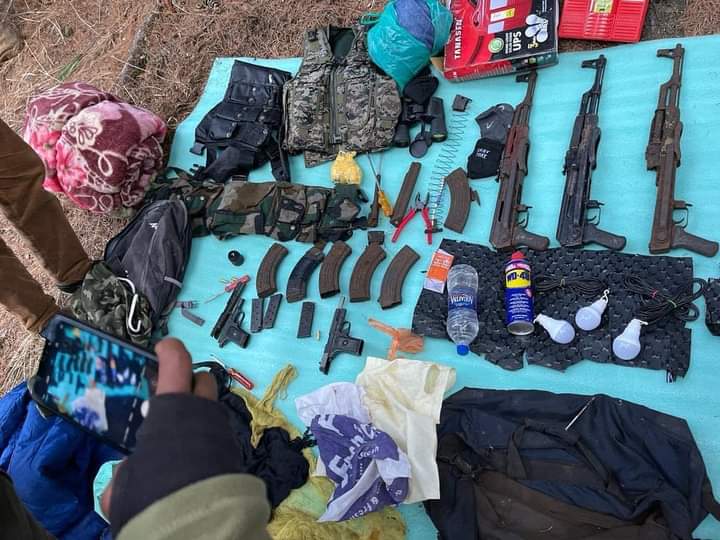 Anantnag, Feb 21: Security forces on Sunday claimed to have bust a hideout in Pahalgam forests in Anantnag district and recovered huge quantity of arms and ammunition.

A senior police official told news agency that a hideout was busted in Hamal forest area of Pahalgam in South Kashmir’s Anantnag district.

It is pertinent to mention here that IGP Kashmir recently in a press conference said that youth who arrested on charges of attacking Krishna Dhaba owner had received pistol training in Pahalgam forests.