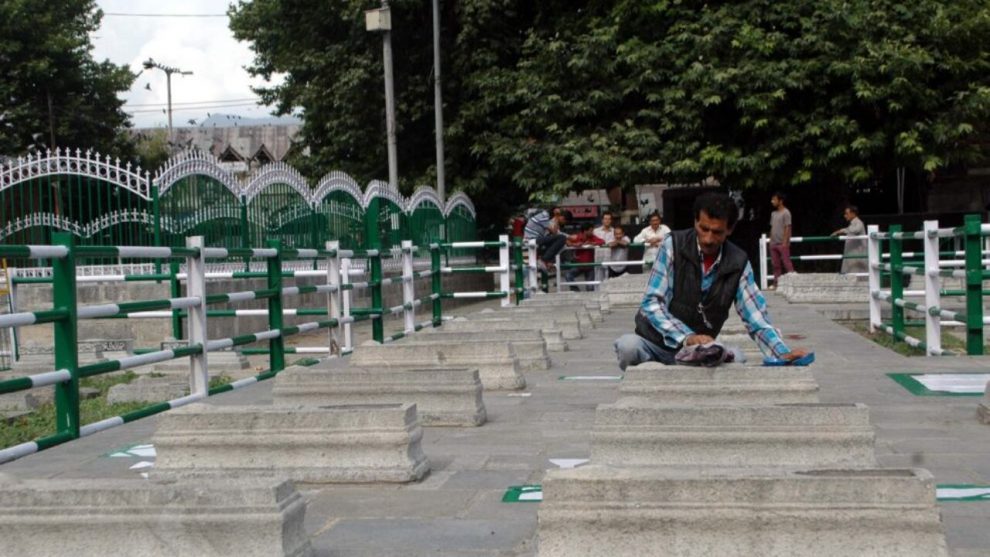 Jammu: This is for the second consecutive year, there was no official holiday and official function to commemorate Martyrs’ Day in Jammu and Kashmir on Tuesday.
There was also no shutdown call by separatists like they used to do till 2019 to commemorate the day.
The day used to be commemorated officially from 1947 till 2019 to remember 22 Kashmiris, who were shot dead as they gathered outside the Srinagar central jail to protest against the arrest and the subsequent trial of Abdul Qadeer Gazi, who was seen as a crusader against Singh’s Dogra regime.

However, after the abrogation of Article 370 and reorganization of the then state into two Union Territories on August 5, 2019, two public holidays — Martyrs’ Day on July 13 and the birth anniversary of former Chief Minister late Sheikh Abdullah celebrated on December 5 — were both omitted from the list by the administration in December 2019.

The National Conference (NC) and the Peoples Democratic Party (PDP) had applied to the Srinagar district magistrate for permission to visit the graveyard for paying tributes to the martyrs of 1931 but they were not allowed by the administration.
Later, the NC (on Tuesday) took to Twitter to pay tributes to the martyrs.

“July 13, 1931, marks the assertion of JK’s IDENTITY and RIGHTS of its people. The martyrs of July 13, will continue to be a beacon of LIGHT for us and for the coming generations,” party vice president Omar Abdullah was quoted as saying in a tweet on NC’s official Twitter handle.

Taking to Twitter, PDP president Mehbooba Mufti said “Today on the occasion of Martyr’s day, gates leading to their graveyards have been locked up. Attempts to distort & rewrite Kashmir’s history is being done only to create a sense of defeat & helplessness amongst Kashmiris.” In another tweet, she said, “Nevertheless as we pay homage to the heroes of 13th July 1931 our resolve to strive for the restoration of J&Ks dignity remains firm,”.

Meanwhile, strict restrictions were imposed in old city areas of Srinagar to prevent anybody from visiting the martyrs’ graveyard.