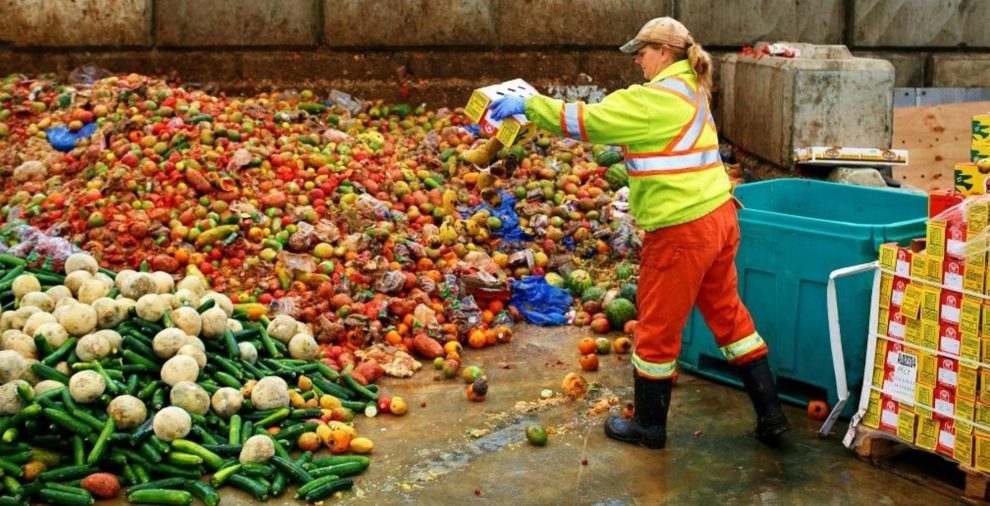 Food wastage, at least in countries of South Asia, where a significant proportion of the population suffers from poverty as also under-nutrition cannot be justified on any account. An estimated 931 million tonnes of food, or 17 per cent of total food available to consumers in 2019 globally, went into the waste bins of households, retailers, restaurants and other food services, according to Food Waste Index Report 2021, released  weigh by the United Nations Environment Programme (UNEP) recently.

The report provides insights into the scale of food waste and a methodology that enables countries to measure baselines and track progress in meeting the UN SDG target. It revealed that most of the food waste comes from households, which discard 11% of the total food available at the consumption stage of the supply chain. Food services and retail outlets waste 5% and 2% respectively. On a global per capita-level, 121 kg of consumer level food is wasted each year, with 74 kg of this happening in households.

The weight of the global food waste roughly equals India’s total production of foodgrain, oilseeds, sugarcane and horticultural produce put together in 2019-20.This has been continuing in the country and, as per estimates, India’s households’ discard 50 kg food per capita annually though this is lower than the global average of 74 kg per capita. Whether this could be considered ‘cruelty’ in the modern era is for experts to decide but surely nations need to ensure that such wastage is best avoided.

With a staggering 3 billion people that cannot afford a healthy diet (FAO, 2020), the message of this report is clear: citizens need help to reduce food waste at home!
Underlining that food waste is not just limited to rich nations, the report noted that the household per capita food waste generation is found to be broadly similar across country income groups, suggesting that action on food waste is equally relevant in high, upper-middle and lower-middle-income countries.

Covid-19 and its successive waves has made matters worse. With job losses, getting two meals a day has been difficult for a large section of the under-privileged and wasted food could have instead been transferred to the hungry or undernourished. In recent times, there are sporadic reports of civil society organisations carrying wasted food from hotels and restaurants as also festive parties to distribute the same to the poor, specially children in the area or city. However, more such efforts are needed and the local authorities should extend facilities to ensure that such wastage is curtailed.

Another aspect that needs to be mentioned here is that 40 per cent of food waste takes place because most small-scale farmers do not have adequate storage facilities. Food waste is also caused by pestilence and rotting. In India, food waste is mostly pre-consumer unlike the US where it is post-consumer.

An important aspect of food waste relates to enormous amounts of land, water, chemicals and fertilizers and fuel spent in producing, transporting and selling food, thereby clearly indicating that each wasted morsel represents a degradation of nature. Food decomposition further adds to greenhouse gas emissions, which use up oxygen and release methane. Scientists have estimated that if food loss and waste were treated like a country, it would be the third biggest source of greenhouse gas emissions.

Globally, the carbon footprint of wasted food is estimated to be around 3/3 billion tonnes CO2 caused by fuels, chemicals and greenhouse gases. In fact, wasted food embodies 24 per cent of land water and fertilizers used in agriculture, some one-third of the world agricultural land. Keeping in view the fact that agriculture uses around 70 per cent of the earth’s fresh water, wasted food would mean loss of already dwindling per capita availability of water without any effective use.

Moreover, when waste food reaches landfills, the decomposition of organic material creates landfill gas, which is composed of roughly 50 per cent methane, 50 per cent carbon dioxide and a small amount of non-methane organic compounds. As is well known, methane is a potent greenhouse gas that is 28 to 36 times more effective than carbon dioxide in trapping heat in the atmosphere over a 100-year period, according to IPCC.

In India, food insecurity specially related to under-nutrition of children is a key problem among backward castes and impoverished sections. With such a situation persisting in the country, wastage of food, either in the field or in hotels and restaurants, is indeed a crime or needs to be checked. While social groups have to come forward, governments could consider limiting the amount of such waste sent to landfills by incentivising citizens to re-purpose food via benefit schemes.

A key aspect of food or crop waste management is the need for giving a boost to storage facilities in rural areas as priority. It needs warehouses, where a lack of these, result in significant crop loss. This has to be carried out in a planned manner where the government could also solicit private participation. Proper storage facilities would also help not just farmers but also the consumers and ensure availability throughout the year at affordable prices.

The UN Sustainable Development Goal target 12.3 aims at halving per-capita global food waste at the retail and consumer levels and reducing food losses along production and supply chains, by 2030.  This may be difficult. However, the report states that if we want to get serious about tackling food waste, ‘we need to increase efforts to measure food and inedible parts wasted at retail and consumer level and track food waste generation in kgs per capita at country level. Plus, countries using this methodology will generate strong evidence to guide a national strategy on food waste prevention, that is sufficiently sensitive to pick up changes in food waste over twoor four-year intervals, and that enables meaningful comparisons between countries globally.

While India, would do well to adopt such a methodology, it is concentrating on another aspect — crop wastage. It is expected to come down in future as agriculture in the country is going through a transformation. Farmers are quite conscious of the fact that crops cannot be allowed to be wasted and, in times of excess production, are sold and/or distributed at below cost prices, mostly in neighbouring areas.

Besides, where hunger and malnutrition is a grave problem in the country, food wastage should be treated as an offence and perhaps State governments should have an apparatus to be vigilant in the matter. Penalties must be imposed where there is food wastage in public gatherings and festive occasions and crass wastage avoided.

The evidence presented in the Food Waste Index Report has demonstrated that food waste at the consumer level is everybody’s problem. Food waste is a waste of resources, time and money. Food waste means all of the environmental impacts of food production without any of the benefits of people being fed. With widespread food insecurity for many hundreds of millions around the globe, addressing food waste is a critical issue to creating low-impact, healthy and resilient food systems, says the report. Will its recommendations have serious takers?