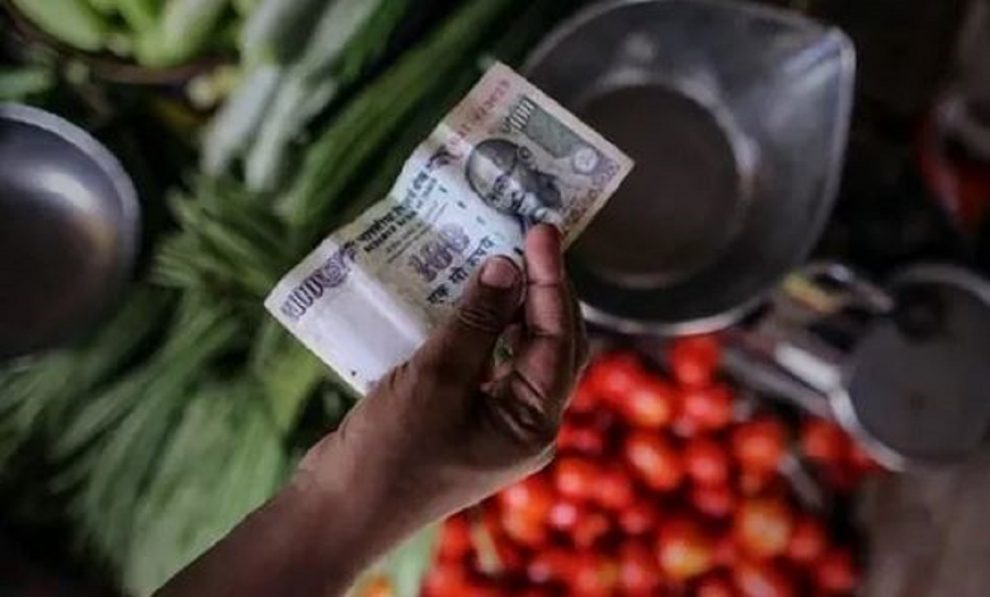 The Indian economy may have started recovering with the unlock but galloping inflation, increasing healthcare expenses and rising unemployment are major banes.

The global economy is to rise by 4 per cent and India would marginally benefit from it with some rise in exports. A World Bank report wants India to create 90 million jobs in non-agricultural organised sector, a herculean task as most private sector offices are either closing down or slashing operations. Humanitarian crisis, hunger deaths and societal conflicts are growing.

Latest figures indicate 12.69 per cent inflation primarily on F2 – food and fuel. The fuel price rise is hitting every sector of the economy with nobody to correct it. The basic price of petrol remains still around Rs 35.99 and over Rs 65 are the Central and State tax components. The edible oil prices have reached crisis points with 62 per cent spike, Union Food Secretary Sudhansu Pande says. This follows withdrawal of edible oil from essential commodities list in September 2020

A State Bank of India (SBI) report says that massive increase in healthcare, especially in the hinterland, steadily rising fuel prices and online delivery of articles will increase inflationary pressure much higher on the one hand and crowd out other consumer spending on the other, putting a big question mark on overall growth that’s still being driven by consumption demand. Month-on-month increase in inflation on non-institutional medicines, X-ray, ECG, pathological and other clinical tests is taking a heavy toll not only in urban areas but even on the rural populace.

The SBI report has questioned the headline inflation figures announced by the Union Finance Ministry. It says that a more important price concept is the relative prices, which are not a monetary phenomenon but their movements convey important information about the scarcity of particular goods and services “as now like health”. Health expenditure, which currently constitutes 5 per cent of overall inflation basket, may jump to at least 11 per cent. It may be noted that health expenditure is around Rs 6 lakh crore or 5 per cent of the private final consumption expenditure (PFCE). This is likely to also result in squeeze in expenditure on other items of discretionary consumption.

The daily increase of fuel prices is another bane. “And if we look at credit card spends since December, CPI computed inflation for the five month ending April is higher than the CSO estimate on an average by 60 basis points and the higher oil prices had forced consumers to ration out discretionary spends in December”, says SBI Chief Economist Soumya Kanti Ghosh. It means the actual inflation is 60 per cent more than the CSO figures.

The Reserve Bank of India has virtually given credence to the SBI finding as it estimates Rs 2 lakh crore losses on economic output. It cautiously says that it may not reflect on GDP but there would be a considerable value loss across the economy. The SBI report clarifies it as the share of non-discretionary spend which has jumped to 59 per cent in April and 52 per cent and in March and “this does not augur well”.

The inflation is to further rise as the US has matched its interest rate rise. It would impact India as well as there would be commodity price rise globally. The RBI under government suggestion has suppressed interest rates but it will not help keep prices low. It will make difficult for the RBI to manage the conflicting targets of inflation, exchange rate and adequate liquidity amidst weak growth.

The RBI has already lowered its GDP projection to 9.5 per cent from 10.5 per cent. It had hoped 18.5 per cent recovery in the first quarter, considered low base given the contraction last year. Now it is skeptical due to the second wave of lockdown, which sees decline in deposits, indicating higher household expenses and lower savings. Additionally, currency holding i.e. cash  with the people decelerated to 1.7 per cent during April against a growth of 3.5 per cent last year.

It substantiates what the SBI says that extra expenses on households have increased manifold.  Also, there has been an increase in use of online delivery platforms which is not considered by the NSO and if the NSO considers online prices, there will be 10-15 basic points’ (bps) impact on CPI inflation. The SBI says that the online delivery adds to inflation. The RBI says that the increased healthcare and other expenses have impacted domestic demand. That is the reason of delayed recovery of manufacturing, core sector and other activities.

The recovery process, says the SBI, needs cut in fuel prices by tax rationalisation, otherwise non-discretionary spends will continue to get distorted and cause inflation. The RBI has given another formula. It has gone a bit beyond and wants to partner with private sector – in short a prescription for further denuding the PSUs. The recommendation should make the authorities rethink on privatisiation.

Over the last few years, major PSUs have consistently increased payouts to the government despite a dip in their profitability. Since 2016, as per an official diktat they are paying a minimum 30 per cent of their profit after tax or 5 per cent of their net worth, whichever is higher, as dividend.

The 100 government companies declared a dividend of Rs 71857 dividend during 2018-19, according to the CAG.  In 2021, the PSUs paid dividend of Rs 39,022 crore (against estimate of 34717 crore), the RBI paid Rs 99,000 crore dividend and other banks Rs 1619 crore in 2020-21. In short a major part of government expenses are being funded by the PSUs. The government’s efforts to sell PSUs are being stonewalled by poor economy. It should rather change its policies to strengthen the PSUs.

Despite this the India remains an investment destination. Healthy flow of FDI into the country corroborates India’s strength and attention of global investors, industry chamber CII says. Total equity, re-invested earnings and capital rose 10 per cent to the highest ever $ 81.72 billion during 2020-21. The RBI expects recent government boost in capital expenditure to spur activity and investment.

For all this, however, there has to be a major shift in policy thrust. While private investments must rise, the government must relook at strengthening PSUs to tide over the crisis that is beyond the capacity of the private sector. This would alone cut prices and boost demand. –INFA