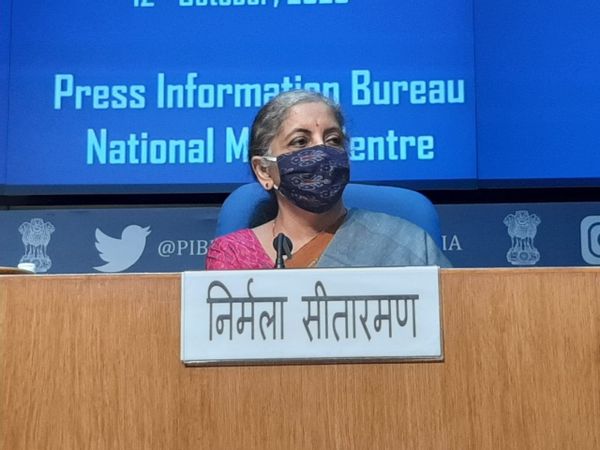 A booster dose of about Rs 6.28 lakh crore stimulus to push credit is supposedly an official phenomenon to rev up the economy, but the market response looks muted.

The banks are expected to lend about Rs 2.67 lakh crore to fund the Covid19-hit businesses. However, the lending doesn’t help when the mood is down. The actual infusion is Rs 1.5 lakh crore. A key element of injecting cash in the system alright, but this too remains elusive as it doesn’t help the poor. India must demolish the digital Berlin wall, advised the International Monetary Fund (IMF) in 2019. And while eight lakh Jandhan accounts were beneficiaries of PM Kisan funds of Rs 6000 each – Rs 480 crore, going digital is not the answer to stop fraud.

The share market continued with a bear hug for four days before closing with a rise of 166 points on Friday, July 2, 2021 — not a big deal but like most Fridays, it breaks the monotony into a visible surge for record’s sake. The concern is that institutional participation in the stock market has declined to a 15-year-low.

Finance Minister Nirmala Sitharaman’s largesse is a difficult move by a government with a severe financial crunch. This also is shadowed by a galloping inflation fueled mostly by domestic factors though the global trends also are pushing it up. Sitharaman should have looked around her table to rectify some of the anomaly. And she could have easily done so at least for the fuel prices. Her advisors who suggested that detrimental route are only good theoreticians. They are not aware that both the Central and State governments are the biggest guzzlers of fuel and the highest taxpayers to its own kitty. And it is mere window dressing for the coffers. The outgoes in reality are much more.

Worse, it has hit all industries, people and virtually bulldozed the poor. Another set of advisors go on harping that road tolls, fees and user charges and high rail and transport fares must hit the roof “to sprint to fast development” forgetting it is eroding the very base of the economy – the purchasing power. Though the latest CMIE report says, that eight lakh people have their jobs restored in June but most of them on lower wages. The massive job losses are baffling everyone. The income of 97 per cent households has declined since March 24, 2020 and it the government free food doles that are sustaining the people.

The CPI index could plummet many points if petrol and other fuel prices are cut by around Rs 40, vehicles are not scrapped in the name of pseudo-pollution concerns, transportation charges get reduced and high-handed police fines on people for enforcing Covid-19 healthcare protocol are done away with. The police fines have hurt the shops, vendors, many offices and individuals. They are definitely not trained to behave but their rent-seeking is ruining the lowest level of economic activities. A few studies have come out with miseries of many families, some even committing suicide. While it may not be a welfare nation, at least it could be humane. Uncertain official advices are bringing a bad name to the political masters, who eventually may pay the final price of popularity.

The banks are also shaking confidence of the people. Would more privatisation mean more outgo from government and more miseries? No one is sure but banks themselves seem to be on a shaky ground. Despite the government’s credit-driven stimulus to help tide over the impact of Covid-19, bank credit growth hit a new low for the second year in a row in FY21 at 5.56 per cent — the lowest in 59 years, according to an analysis by the State Bank of India Research. It is lower than financial year’ 20 when it grew by 6.14 per cent. In 1962, it clocked 5.32 per cent.

The Purchasing Managers’ Index (PMI) in June plummets to 48.1, lowest, below the critical threshold of 50, signifying contraction beyond the levels of April and May, when the lockdown was severe. This suggests demand side problems, yet another testimony that people are lacking in cash.

This has apparently impacted investments, a determinant of future growth. The CMIE says year-on-year growth numbers look impressive for the private sector on a low base effect. The cost of continuing uncertainties are said to be heavy on actual investment. New investment announcements continue to be at low levels. The government itself is wary of investments because of strained finances. It has led HSBC to moderate GDP growth to 8 per cent, lower than RBI estimates of 9.5 per cent.

The industry fears that as the government largesse would depend on higher credit from the market, lending for them would be costlier. The Reserve Bank of India itself has indicated a rate rise by the next quarter or so and is pessimistic of growth. The silver lining is that Nomura India Business resumption index hints at recovery from a sharp collapse on May 23 at 60.3.

The market concern is reflected over the drop in flows from foreign and portfolio investors to the stock market due to elevated share valuations. In other words, there are apprehensions about actual equity prices. In June, their market share dropped to 30 per cent against retail investors of 70 per cent. The average of portfolio investment was around Rs 25,200 core a day at NSE and BSE, an extreme low. The FPIs sold stocks worth Rs 8,500 crore between April and June after buying Rs 44,500 crore stocks during January-March. The interesting aspect is that stock market is not indicator of the buoyancy but hints at conducive atmosphere.

Meanwhile, the ‘bad bank’ that is to come up has a pile of Rs 2 lakh crore debt, about a quarter of the country’s non-performing assets (NPAs) may not resuscitate the economy nor the privatisation causing more outflow of public funds.

So the stimulus pushes theoretical expenditure to about Rs 36.6 lakh crore. It may not exactly materialise. The net push may be far less and may result in lesser flows to the purchasers though it might push official deficit to 7.5 per cent, in actuality it may be a few notch more. Many companies and units are closing down. Even the government is downsizing as costs go up with inflation.

Mere stimulus would not work. Digital pushes have blunted cash flow and increased operational costs. The country has to bring down administered prices, enhanced taxes, transportation costs to make the people and businesses comfortable. The solutions are there alright, but one has to trudge the right road.