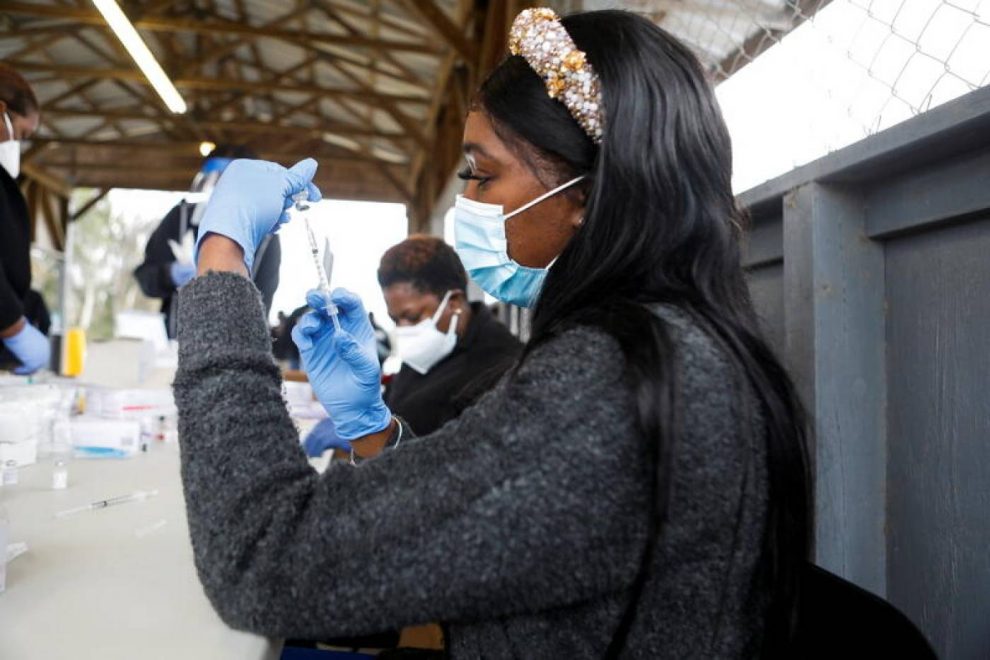 MIAMI: As millions of elderly Floridians scramble to register for a limited but growing supply of COVID-19 vaccines, state officials are clamping down on so-called vaccine tourism by limiting doses to only the state’s part- and full-time residents.

Shirley Hicks, 70, a retired teacher from the state’s west coast, spent three weeks glued to her computer to find a dose for her husband Michael, 80, after Florida became one of the first states allowing vaccines for those aged 65 or older.

But with no residency requirements for vaccinations, Florida residents have watched as wealthy tourists from New York to Canada to Argentina to India have joined the rush for a jab.

Hicks said it was hard to bear this influx of vaccine tourists when she had to wake up before dawn day-after-day to try to secure an appointment through Publix Super Markets, Inc., the state’s largest grocer recruited for the vaccination effort.

“It makes me sad, it makes me angry,” she told the Thomson Reuters Foundation.

Finally this week she secured an appointment for her husband to receive the vaccine on Feb. 8.

But with nearly 800,000 of the state’s 4.4 million 65-and-older residents living at or below the poverty line, there is a growing concern that wealthier tourists could crowd out the most at risk members in a system struggling to keep up with demand.

FROM ARGENTINA TO INDIA

“Part of our priority since the beginning of 2020 was to work with state agencies to let them know and make them aware that it’s not just longterm care facilities, that there is a large number of low income seniors and we want to make sure they do not get overlooked.”

As of Thursday more than 1.3 million doses of vaccine had been distributed, according to the state’s health department.

Since the start of January, when the vaccine first became available, the state has prioritized its senior population, which accounts for one-fifth of 21 million residents.

The state’s move to prioritize its elderly helped it secure more of the vaccine, and faster, than other states but an unintentional come-one come-all policy attracted visitors from around the country and the globe, desperate for the jab.

Earlier this month Argentine television personality Yanina Latorre posted a video on Instagram of her mother receiving a dose of the vaccine at a Miami drive-through center after she said fans were able to help her make the arrangement.

Former Time Warner CEO and Chairman Richard Parsons said during a CNBC interview that he flew from New York to the so-called sunshine state of Florida after securing a vaccine appointment. Parsons is also the former chairman of Citibank.

Last month, ahead of the vaccine’s release, an Indian travel agency that deals with business travelers started to promote vaccine tourism packages.

Nimesh Shah, head of B2B division of Gems Tour and Travel, said the company had registered more than 5,000 people who wanted to travel to the United States for the vaccine and had valid U.S. visas.

“My people are going for the vaccine, but they’re going to stay the season,” Firestone told the Thomson Reuters Foundation.

“I hear they’re not having much of a problem getting them, which is so contradictory to what you’re reading about the line-ups and the problems Florida residents are having.”

On Thursday Florida Surgeon General Scott Rivkees released a notice specifying that only full-time or season residents able to show proof of such would be eligible to receive the vaccine.

“What we don’t want is tourists, foreigners. We want to put seniors first,” Florida Gov. Ron DeSantis told reporters this week. “You got to live here, you know, either full-time or at least part-time.”

Much of the confusion and disarray stems from communication issues between the recently departed Trump administration, the states and municipalities tasked with distributing the vaccine, and the Centers For Disease Control and Prevention.

The latter has for months offered guidance to help determine which segments of the population are most at risk and should be first in line for the vaccine, said Harald Schmidt, a professor in the medical ethics department at the University of Pennsylvania’s Perelman School of Medicine.

However ensuring those who are most at risk are actually able to get the vaccine has, is, and will continue to be a complex problem that relies on a combination of political and bureaucratic coordination and personal responsibility.

“It would’ve been more helpful if we had clarity, a national vaccination plan,” Schmidt said.

“Everybody who is exploiting loopholes needs to be clear: If you jump the line and you could safely wait a couple of months chances are you’re depriving someone who needs that vaccine.”